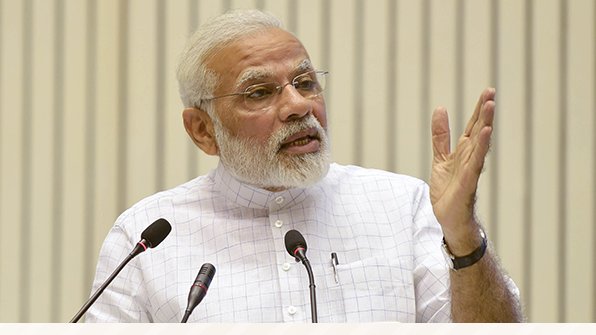 New Delhi: Soon after the Union cabinet amended the Epidemic Diseases Act, 1987 in order to ensure the safety of health workers, Prime Minister Narendra Modi took to Twitter to suggest that it showed his government’s “commitment” to protect the medical fraternity.

The Prime Minister tweeted: “The Epidemic Diseases (Amendment) Ordinance, 2020 manifests our commitment to protect each and every healthcare worker who is bravely battling COVID-19 on the frontline.”

Modi, who chaired the cabinet meeting, added, “It will ensure safety of our professionals. There can be no compromise on their safety.”

From now on, violence against medical professionals will be treated as cognizable and non-bailable offence. Additionally, it has provisions to provide compensation for injury to healthcare service providers or for causing damage or loss to property, the government said on Wednesday.

Meanwhile, BJP President J.P. Nadda too welcomed the move, stating that the “entire nation is standing together with the Corona Warriors who have devoted themselves to serve the people”.

Nadda lauded the medical fraternity for their service during the Covid-19 outbreak by “risking their own lives”.

Nadda added that not just the Modi government, but even the BJP cadres stood in solidarity with the healthcare workers.

He also thanked the Indian Medical Association for withdrawing their symbolic protest against a spate of attacks on health workers after Union Home Minister Amit Shah intervened in the matter earlier in the day.