This was an attack, this wasn’t the flu: Trump 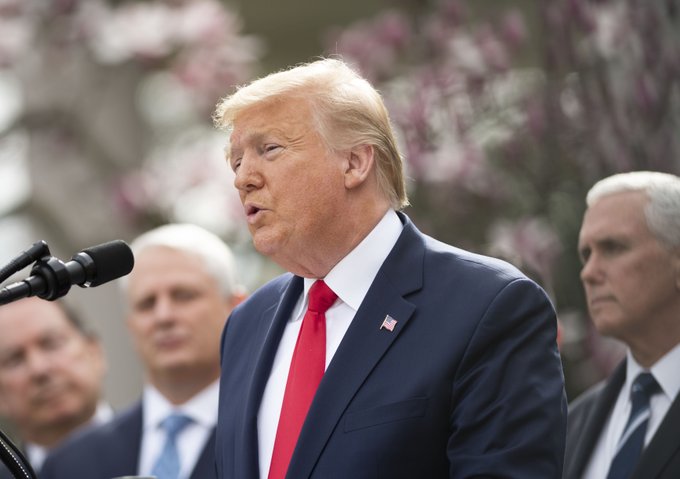 Washington: US President Donald Trump said that the US “had no choice” but to pour trillions of dollars into fighting the coronavirus pandemic, adding that “this was an attack… this wasn’t the flu”.

“This was an attack. This wasn’t just… This wasn’t the flu, by the way,” The Hill news website quoted Trump as saying on Wednesday at a White House press briefing, despite comparing COVID-19 to seasonal influenza before the outbreak reached pandemic proportions.

Trump’s comments come as the House prepares to pass more than $300 billion in further coronavirus economic rescue and medical response funding and Democrats push for another massive stimulus bill.

Trump and Congress have already approved more than $2.2 trillion in economic relief to counter more than 22 million job losses caused by the pandemic and the efforts to slow it.

Treasury Secretary Steven Mnuchin also said on Wednesday that the US must be willing “to spend what it takes to win the war” despite concerns about the $24 trillion national debt, according to The Hill news report.

As of Thursday, the US has reported 842,376 confirmed coronavirus cases in the world, with 46,785 deaths, both figures are currently the highest in the world.