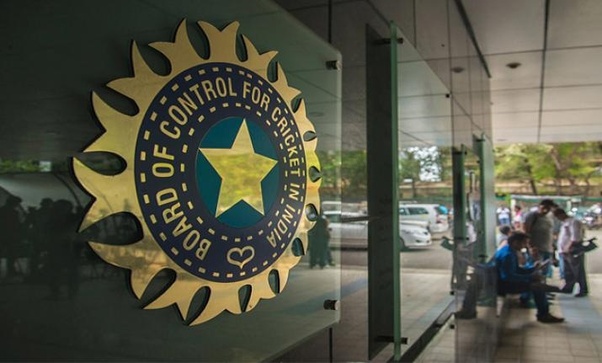 New Delhi: At a time when cricket boards across the globe have been postponing tours with an eye on the coronavirus pandemic and health directives from their respective governments, the Sri Lankan board has requested the Board of Control for Cricket in India (BCCI) to go ahead and play the limited-over series against the Island Nation in mid-July. But the Indian board feels it will be near impossible to go ahead with it.

Speaking to IANS, a BCCI official said that while it is still some time away, it looks almost impossible that the Indian team can travel to Sri Lanka for a limited-overs series as early as July.

“I would say it is close to impossible at present. Firstly, we need to take one step at a time in the current scenario and you do realise that some of our players are stuck in Mumbai and Bengaluru — two zones which are highly affected by the pandemic. Without even going into the question on whether the Indian team would travel without the likes of Virat Kohli, Rohit Sharma among others, I would say will international travel be permissible? So, we all need to wait and watch how things unfold.

“But keeping in mind how efficiently the government has looked to fight the battle against the pandemic, I doubt we will be in a position to travel outside the country by mid-July. The BCCI will obviously try to honour all its commitments, if not now, then at a later date which suits both boards involved. But looking at the current scenarios, safety is priority. Also, to get cricketers in the red zone to come out and travel to a green zone is currently not allowed. So, if the government does in the near future allow that, we will have to see what happens from there on and if we can then start domestic cricket. Domestic cricket is the way forward at present,” he explained.

As per a report published in ‘The Island’, Sri Lanka Cricket has sent an e-mail to BCCI, requesting the possibility of resuming bilateral cricket later in July. Virat Kohli-led India are slated to tour the Island Nation in mid-July for three ODIs and three T20 internationals.

The report further said that “when contacted by The Island, an official said that they would have to follow strict quarantine rules and the series might take place behind closed doors considering the safety of fans.”

Interestingly, SLC has also shown interest to host the 13th edition of the Indian Premier League, a move that was supported by Australia legend Mathew Hayden during an interview with IANS. He said that if it’s not possible to stage the tournament in India, it can be held in a nation like Sri Lanka where a city like Colombo has three or four international venues — provided all necessary health precautions are taken care of and there’s no risk to the players, support staff and the broadcasting team that would be travelling.

But an IPL now seems likely only in the October-November window with the World T20 almost set to be postponed. (IANS)