MLA funds can be used for cow shelters in UP 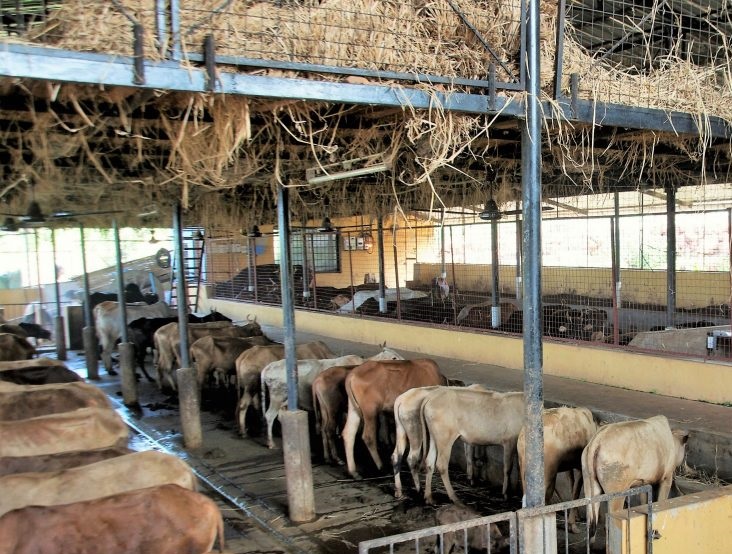 Lucknow: The Yogi Adityanath government in Uttar Pradesh has made a provision under which the MLA Local Area Development (MLALAD) funds can be used to build cow shelters.

Principal Secretary, Rural Development and Panchayati Raj, Manoj Kumar Singh, said that earlier MLALAD funds were not permitted in repair or construction of cow shelters but now Legislators can earmark funds for this.

A government order (GO) issued on May 13 by the Principal Secretary, Rural Development and Panchayati Raj, addressed to Legislators, says that construction of the shelter homes for stray cattle, except by private individuals, can be carried out under MLALAD.

Besides, expansion, storage, capacity augmentation and construction of shades and boundary walls of existing cow shelters, sanctuaries and conservation centres, ‘kanha upvan/gaushalas’ can also be carried out with local area development fund of the Legislators.

It may be recalled that in August last year, the state government approved the Rs 30 a day scheme for farmers for upkeep of the stray cattle. The scheme was cleared by the state cabinet and a sum of Rs 110 crore was allocated in the first phase. Money was credited directly in the bank accounts of those who tended to the stray animals and payments were made every third month.

The decision to include cow protection in the MLALAD comes more than a year after the state government introduced a ‘gau kalyan’ (cow welfare) cess, envisaging levy of additional 0.5 per cent on excise items to fund construction and maintenance of cow shelters. The cess was also levied on toll tax and profits made by public sector enterprises and construction agencies, including the UP-State Construction and Infrastructure Development Corporation Limited, UP State Bridge Corporation Ltd and UPSIDC.

The mandi cess was raised by one per cent to support cow protection and estimated revenue of Rs 165 crore was to be utilized for the care of the destitute cattle heads.

In the 2019-20 state budget, the government had allocated Rs 247.60 crore for the maintenance and construction of cow shelters in rural areas and Rs 200 crore for upkeep of ‘kanha gaushala’ and destitute cattle shelters in urban areas. (IANS)