Restrictions on B’desh public transport, travels until May 30 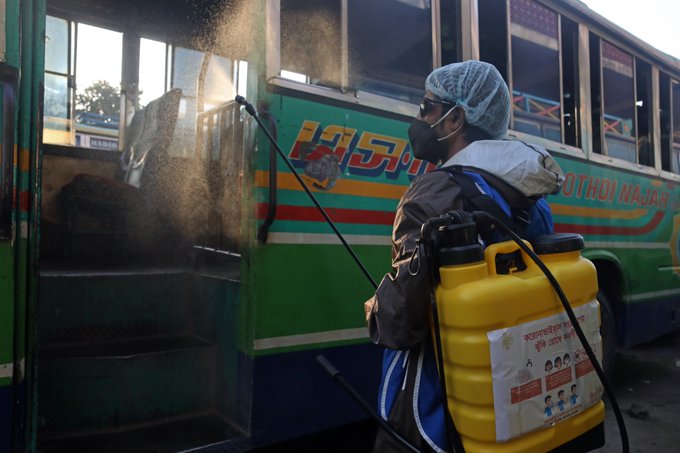 Dhaka: Strict restrictions will remain on public transports and inter-district travels across Bangladesh until May 30 during the extended shutdown, the government has said.

Citizens have been asked to remain indoors, according to the notice issued on Thursday. People will be barred from leaving homes, except for emergency purposes, between 8 p.m. and 6 a.m., reports bdnews24.

On Thursday, the country confirmed 14 new fatalities from the coronavirus infection, raising the body count to 283.

State Minister for Public Administration Farhad Hossain had earlier said: “The government would put strict curbs on travels for seven days before and after the Eid festival.”

The travel restrictions will begin four days before Eid and continue for two days after the festival.

No vehicles, including cars, will be allowed on the roads during the period.

“Road transport, water transport, rail communication and domestic flights will remain closed. Only vehicles of emergency services will be allowed to run,” the government said in Thursday’s notice.

Existing restrictions on prayers at mosques will be effective for Eid congregations too, reports bdnews24.

“Muslim devotees will have to avoid large congregations on open grounds. The religious affairs ministry will soon issue required instructions on Eid congregations,” the government said in the statement.

The shutdown of all offices, workplaces and public transport system has been in place since March 26 after the detection of the first coronavirus cases and fatalities in Bangladesh.

The government had extended it several times, but eased some curbs such as allowing factories to reopen. Some shopping malls have also resumed trading ahead of Eid.