Gandhi said this while addressing a huge public rally here soon after leading a ‘Save the Constitution March’ against the Citizenship (Amendment) Act.

“Today is a sad day for India, as it was on this day that the greatest man ever born in India – Mahatma Gandhiji, was shot dead by a man full of hatred and anger. Godse did not like Gandhiji as he searched for truth and wanted everyone to believe in their religion and faith. Today an ignorant man rules India and he is one who is full of hatred, anger and is a liar. Both Godse and Modi believe in the same ideology. These two people only believe in themselves and never listened to others,” Rahul said.

“A liar or a coward cannot look into the truth and Modi has done just that. India always showed the world how different religions, faiths, beliefs, cultures, live peacefully, but today that situation has changed and it’s a war-like situation in our country. People who speak are shot dead like Kalburgi and Gauri Lankesh, women are being raped, unemployment is the worst ever and the economy which grew at 9.5 per cent is now growing at 2.5 per cent,” said Rahul.

“And now today Indians are asked to prove that they are Indian. I am an Indian and I don’t have to produce a certificate to prove I am an Indian and so is the case with 1.3 billion Indians. Modi likes only his friends and today Adani has been given all ports and airports and is now planning to give Indian railways also, but I assure you that we will finally win as we believe in love and affection. We will defeat them with our love and affection,” he said.

“The way out from this is we have to join hands together. Today the world is looking towards India to compete with China which leads in production. Investors are willing to invest in India, but we have a man who is ignorant as Prime Minister. But I assure you we will finally beat them and all the youths will get jobs,” he added.

Earlier in the day, accompanied by senior party leaders and workers from the state, Gandhi began his march from the SKMJ High School road to the new bus stand at Kalpetta — a distance of two kms. 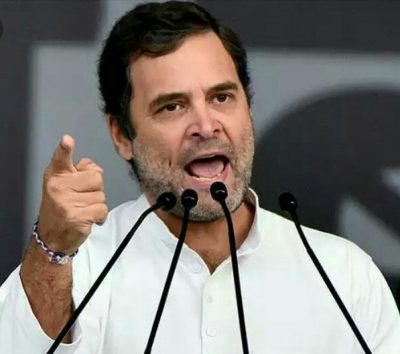