Spl AI flight with 5 doctors to evacuate Indians from China 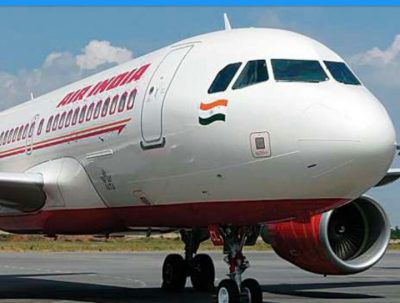 New Delhi, Jan 31 (IANS) Amid the coronavirus outbreak in China, the Air India will send its special flight from New Delhi to China’s Wuhan along with a team of five doctors to evacuate the Indian nationals, officials said on Friday.

A senior Air India official said that the national carrier’s Boeing B747 aircraft with a capacity of 423 passengers will fly from New Delhi at 12.30 p.m. for Wuhan in China and then return on Saturday morning around 2 a.m.

Air India’s jumbo jet B747 will fly along with a team of five doctors to screen the Indians stranded in Wuhan before allowing them to board the special flight.

As infected passenger poses serious health risk to cabin crew, pilots and the fellow passengers, all the Indians would be thoroughly examined by medical practitioners.

Another proposed special flight to China is also scheduled on February 1.

IANS was first to report on January 28 that Air India will operate a flight service to Wuhan in Central China to evacuate Indians stuck in the city due to the outbreak of the virus.

The World Health Organization (WHO) has declared the new coronavirus outbreak a global health emergency after the death toll in China increased to 213 on Friday, with 9,692 confirmed in the country’s 31 provincial-level regions.

The new virus, which is of the same genre as SARS which broke out in 2003, was first reported in the WHO Disease Outbreak news on January 5, 2020.

It has progressively spread across many countries from its epicentre in Wuhan.

In a bid to curb the spread of the virus, Chinese authorities have closed transportation services across many parts of the country, including Wuhan. The virus has spread at a much faster pace than the 2003 SARS epidemic.

Wuhan is the hub of transport and industry in central China.