Amid row, Assam not to use PPE kits imported from China 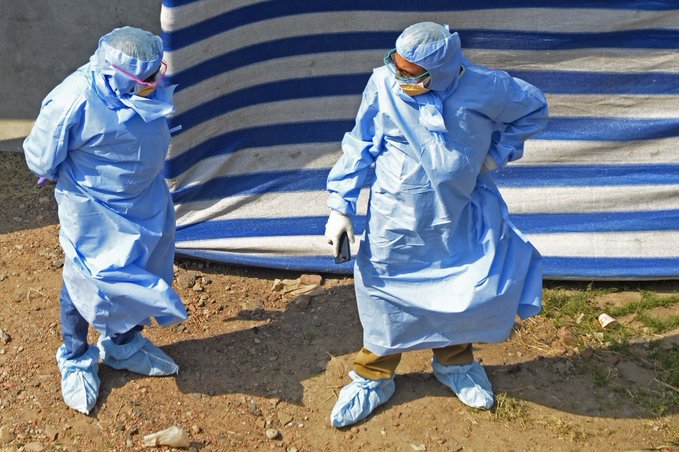 Guwahati: Amid a controversy in Assam, the state government would not, for now, use the 50,000 PPE kits that it imported from China, state Health Minister Himanta Biswa Sarma said on Saturday.

Assam was the first state in India which directly ordered the PPE (Personal Protective Equipment) kits from China and a private cargo flight from the port city of Guangzhou carrying the kits had landed at Guwahati airport on April 15 night.

The consignment was received in the Lokpriya Gopinath Bordoloi International (LGBI) Airport at Guwahati by Sarma who was accompanied by his deputy Pijush Hazarika.

While addressing media on Saturday in Guwahati, the Health Minister said some people had raised a controversy over the quality of the Chinese PPE kits and some people came out with social media posts that the Defence Research and Development Organisation had rejected the 50,000 Chinese kits, thereby giving an impression these were our kits.”

In view of the controversy, the state health department for the time being would not be using the Chinese kits. The DRDO officially issued a statement saying it is only testing the imported kits, said the minister, expressing his annoyance over the issue.

Sarma said when the Assam government ordered the Chinese PPE kits, Assam had only about 2,000 kits and subsequently the state health department had procured 1,50,000 kits from various Indian states.

“Due to the controversy, doctors and nurses of Assam also became confused. So, we decided that as we have enough stocks of Indian PPE kits, we would use them now.”

The Health Minister also said that the state government has not released any money against the consignment. “We requested the private party who brought the 50,000 kits from China to keep them at their store in Guwahati. We said we would take those only when we need them. We don’t want our doctors and nurses to go through any anxiety,” Sarma said.

“For now, we want to maintain the status quo. The kits are in Assam and in our comfort zone. When the doctors are satisfied and we face a crisis, only then they would use those gears. We would not pressure our doctors and nurses,” the Minister stated.

India had ordered 15 million PPE gears besides testing kits from China, according to India’s Ambassador in Beijing Vikram Misri. The orders have been placed by several state governments and both public and private health sector.

Misri had said that India planned to procure three million Covid-19 testing kits, half of which have already been delivered by China. India’s current target is to produce and procure a total of 17 million PPE sets and thousands of ventilators to fight the coronavirus pandemic in the country.