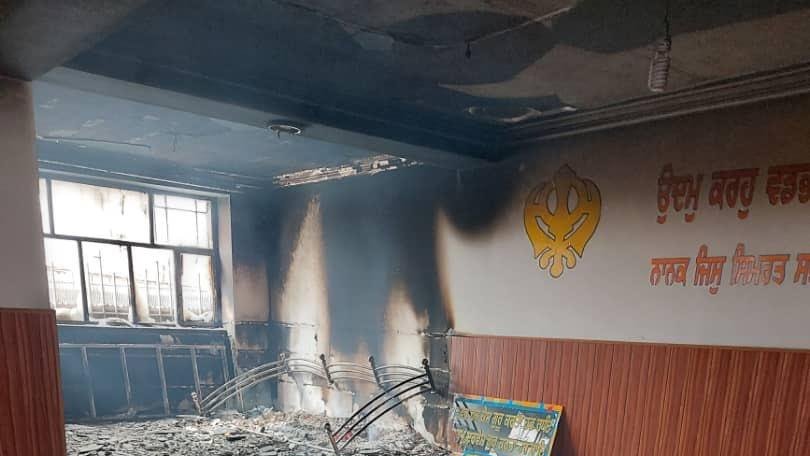 New Delhi: One of the three key terrorists arrested for the recent attack on Sikhs in a Kabul Gurudwara is a Bangladeshi who was responsible for keeping record of the families of the Islamic State Khorasan Province (ISKP) and paying their bills.

The Afghan intelligence agency released a video of the Bangladeshi national, Mohammad Tanweer giving details of his role in the ISKP terror attack in which at least 25 Sikhs were massacred on March 25.

In 2015, in an expansionary move, ISIS created ‘Wilayat Khorasan’ (Khurasan Province), a historical region that includes parts of both Afghanistan and Pakistan. ISKP recruited defectors and disgruntled members from the Taliban. As a result, a turf war between Taliban and ISKP broke out in Nangarhar province, in which ISKP was able to seize territory.

On April 13, 2017, the US dropped its mother of non-nuclear bombs, the GBU-43/B Massive Ordnance Air Blast (MOAB), to destroy tunnel complexes used by ISIS Khorasan Province.

Last year in November, the Afghan and NATO coalition forces defeated the ISKP decisively, forcing hundreds to surrender along with their families, with most of them being Pakistani nationals who had infiltrated, four years ago, into Nangarhar province through the Durand Line –the border which Afghanistan has disputed since it was drawn by the British in 1893. Nangarhar province was the center of the ISIS Khorasan operations in Afghanistan.

Besides Pakistani nationals, Tajiks, Uzbeks, Russians, Iranians and Kurds were among those ISIS operatives who turned themselves in to the Afghan government. But some had escaped.

The arrest of Tanweer and two other ISKP terrorists, have now given Afghan intelligence an insight into the life of members of the Islamic State in Afghanistan.

Speaking to his interrogators, Tanweer said when he arrived from Dhaka, he took over as commander-in-chief of the ISKP in Achin, the southern district in Nangarhar Province of Afghanistan. Tanweer was arrested along with his aides Aslam Farooqi, an Afghan and Ali Mohammad, a Pakistani citizen.

In the video taped confession, Tanweer is heard saying at the time, the governor of Achin was Sheikh Abu-al Hasib also known as Logar wala, intelligence chief was Assadullah Orakzai and the local commander was Elissa.

The ISKP member said that Essa had tasked him with the responsibility of keeping record of the IS families in the area on a laptop, paying their bills and assisting them for daily needs. “The money was not much — around 2,000 or 1,500 to 3,000 families, he said while describing how he calculated the number of families and their bills from the six-year-old account.

Around 1,200 families lived there for six years, he revealed. Each family had three to four members. “I had the task of writing notes and then make calculations. I did this about three times in a year and a half,” he said. He later served orphans and widows in household chores and also as a baker in an IS camp. He told Afghan intelligence that his accomplices were Mowlawi Abdullah Orakzai and Ismail Punjabi at the time.