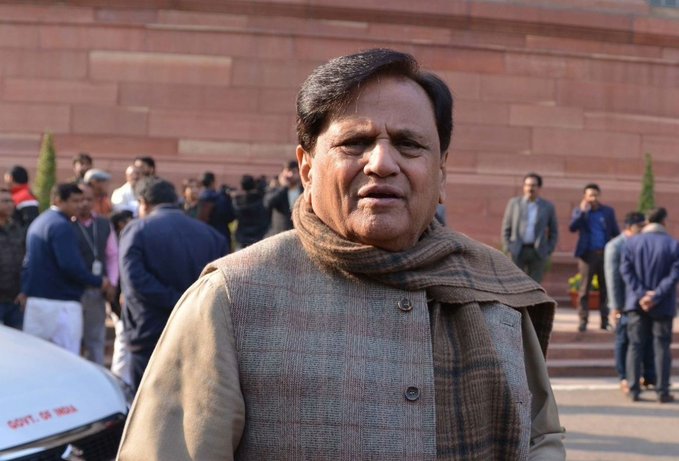 New Delhi : Amid the tiff between the Centre and the West Bengal government over sending of central team, Congress leader Ahmed Patel said, here on Tuesday, a team should also be sent to Gujarat as all states should benefit from the central government’s initiative.

“Given that rising cases & lockdown violations were criteria for sending central teams to states, I request Amitbhai to deploy similar teams to Gujarat. This exercise shouldn’t be limited to selective states, all affected states must benefit from constructive inputs of Central Govt,” Patel tweeted.

Patel, who hails from Gujarat, also tweeted some pictures of lockdown violation in Bharuch.

The West Bengal government on Monday threatened to not allow the inter-ministerial central teams (IMCTs) to move around in the state unless it had a clear idea about their purpose of field visits.

“Till we have a clear idea about what the team needs or why they want to go (to the field), we won’t allow them to move around,” Chief Secretary Rajiva Sinha said.

The Union Home Ministry had said IMCTs had been formed to make on-spot assessment of the Covid-19 situation in select districts, including a few in West Bengal.

Taking to Twitter, Banerjee said without ‘valid reason’, the step to send IMCTs wouldn’t be consistent with the spirit of federalism.