Amphan roars over B’desh, to weaken in few hours 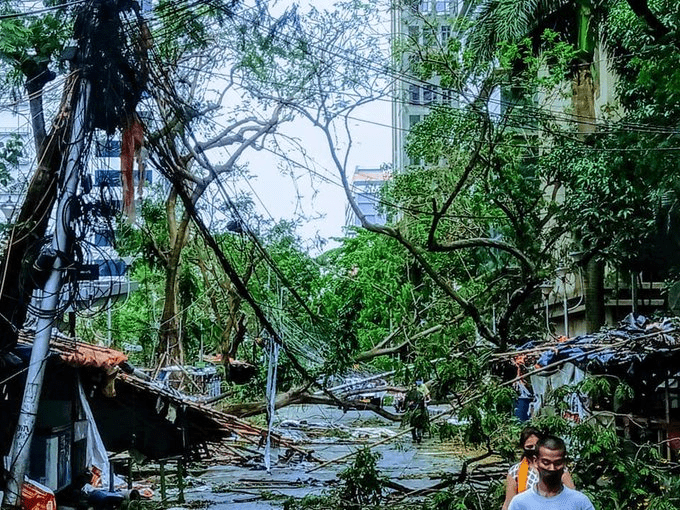 New Delhi: A day after killing 12 people in West Bengal, Cyclone Amphan is currently whirling at a speed of 70 kmph over Bangladesh but is slated to weaken into a Deep Depression and gradually into a Depression in few hours, the India Meteorological Department (IMD) said on Thursday.

“The Super Cyclonic Storm ‘Amphan’ lay centred over Bangladesh about 270 km north-northeast of Kolkata, 150 km south of Dhubri and 110 km south-southeast of Rangpur in Bangladesh,” said Sunita Devi, in-charge of cyclones at the IMD.

Due to the weather condition, there will be light, moderate to extremely heavy rainfall in some parts of Assam, Meghalaya and Arunanchal Pradesh.

On Wednesday, the cyclone had flattened houses and cast aside trees and electricity poles like matchsticks in six-and-a-half hours of monstrous fury that left Kolkata and most of south Bengal pulverized. (IANS)