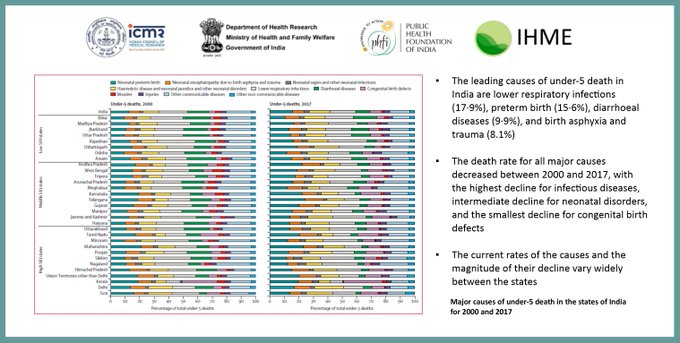 New Delhi: Although under-5 mortality rate (U5MR) and neonatal mortality rate have decreased in almost all the districts of India, the progress in this decline has been highly variable because of which the inequality in these rates has increased between districts within many states, a report “First comprehensive estimates of district-level trends of child mortality and child growth failure in India from 2000 to 2017” said on Tuesday. 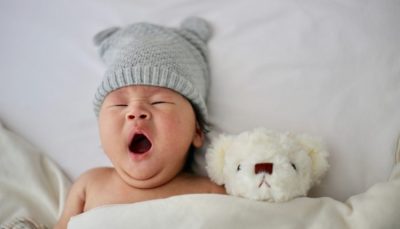 While India is fighting the COVID-19 pandemic, other crucial health issues also continue to receive attention commensurate with their contribution to health loss in India. Two important scientific papers on child survival were published on Tuesday by the India State-Level Disease Burden Initiative. The paper in The Lancet reports the first comprehensive estimates of district-level trends of child mortality in India from 2000, and the paper in Clinical Medicine reports detailed district-level trends of child growth failure.

The findings show that although the child mortality and child growth failure indicators have improved substantially across India from 2000 to 2017, the inequality between districts has increased within many states.

Prof Rakhi Dandona, at the Public Health Foundation of India and the lead author of the child mortality paper said “Comparison of child mortality trends in each of the 723 districts of India with the National Health Policy and SDG targets has identified the districts with high gap where more targeted attention is needed.”

She added that bringing down mortality among newborn babies in the first month of life by addressing specific causes of death is crucial. Malnutrition continues to be the leading risk factor for child death across India. Low birth weight is the biggest component in this risk factor. Focus on maternal nutrition during pregnancy needs to be a priority to improve the birthweight of babies. The health system needs to track every pregnant women and every new born effectively to substantially reduce child deaths in India.

Prof Balram Bhargava, Secretary, Department of Health Research, Ministry of Health & Family Welfare, and Director General, ICMR said, “This is India’s first comprehensive consolidated and detailed analysis of sub-national trends of child mortality and growth failure for all the districts and states in India. The district level trends reported in these papers provide useful guidance for identifying priority districts in each state that need the highest attention. This approach can facilitate further reduction in child mortality in India.”

The report says if the trends observed up to 2017 were to continue, India would meet the Sustainable Development Goal (SDG) 2030 U5MR target but not the Sustainable Development Goal (SDG) 2030 NMR target; 34% of the districts in India would need higher U5MR reduction and 60% districts would need higher NMR reduction to individually meet the SDG targets.

According to the report, 68% of the under-5 deaths in India can be attributed to child and maternal malnutrition, 83% of the neonatal deaths to low birth weight and short gestation.

Dr R Hemalatha, Director, National Institute of Nutrition of ICMR and the lead author of the child growth failure paper said, “India has had significant improvements in stunting, wasting and underweight among children since 2000. However, there continues to be a 5-fold variation in the prevalence of these indicators between the districts of India. The relative inequality of this prevalence between districts has increased within several states, indicating that efforts targeting poorly performing districts as identified by our analysis can potentially help hasten overall improvements in child growth failure in India.” (IANS)