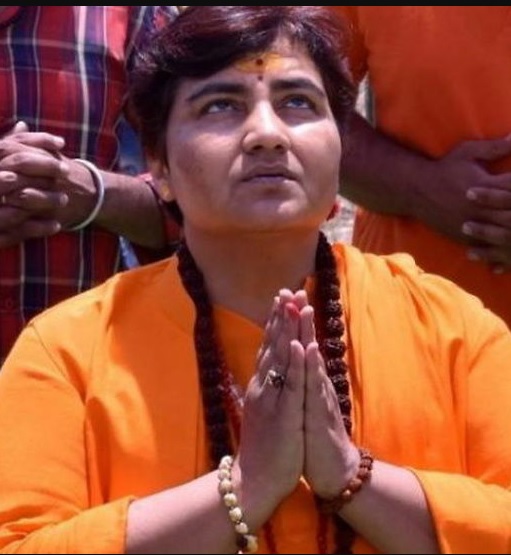 This was her first appearance before the Special NIA Court in the past eight months, the last being in June last year.

Thakur’s appearance came a day after the Special NIA Court Judge V.S. Padalkar asked all those accused in the Malegaon 2008 blast case to remain present before his court at least once a week pursuant to his order of May 2019.

Significantly, the development took place two days after the Bombay High Court had frowned over how there was no ‘effective progress’ in the case and sought an explanation from the National Investigation Agency on the delays in the lower court.

The observations by Acting Chief Justice B.P. Dharmadhikari and Justice N.R. Borkar came during a hearing of a plea by Samir Kulkarni — one of the accused in the same case — seeking a speedy trial, and contending that the NIA and other accused were deliberately delaying the court proceedings.

Kulkarni further submitted that though the high court had ordered the Special NIA Court to expedite the trial, so far only 14 witnesses have been examined.

Last year, the high court had directed the Special NIA Court to submit a report in a sealed envelope in case any of the stakeholders in the case were not cooperating.

After going through the reports last Tuesday (February 25) the court ruled that “prima facie, there has been no effective progress in the trial as of now”.

Seeking an explanation on this from the NIA, the high court has posted the matter for further hearing on March 16.

Besides Pragya Singh Thakur, Lt. Col. Prasad Purohit is among the other accused facing the trial.

At least six persons were killed and over 100 injured when a bomb planted on a scooter exploded near a mosque in Nashik’s minority-dominated Malegaon town on September 29, 2008, around 200 km from Mumbai.