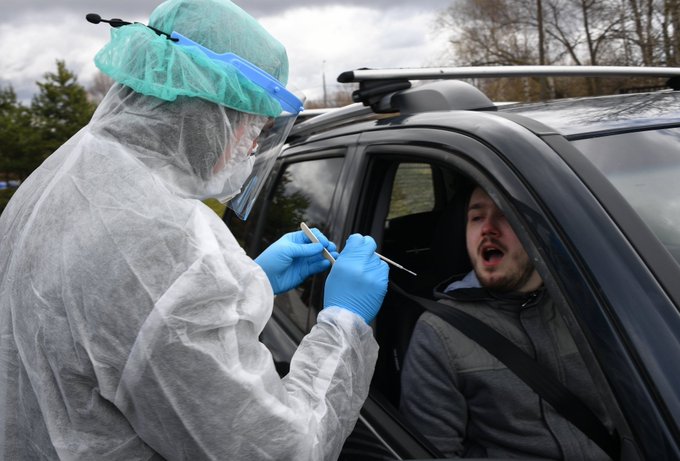 Moscow: The number of coronavirus cases in Russia has increased to 232,243 on Tuesday, the 2nd highest number of infections in the world surpassing the tallies in Spain and the UK, the country’s anti-coronavirus crisis centre said.

The tally surged to 232,243 after the 10,899 cases were reported over the past 24 hours, TASS News Agency quoted the centre as saying.

According to the centre’s data, the daily growth rate on Tuesday was 4.9 per cent compared to 5.6 per cent the day before.

As of Tuesday, the number of coronavirus cases in Spain and the UK stood at 227,436 and 224,332, respectively, according to the Washington-based Johns Hopkins University.