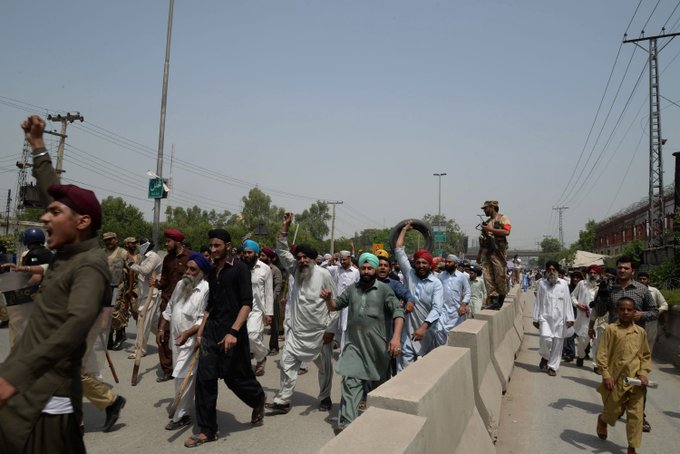 Islamabad: Pakistan’s Ministry of Religious Affairs and Interfaith Harmony has notified the reconstituted National Commission for Minorities and its terms of reference which include ensuring that worship places of non-Muslim communities are preserved and kept in a functional condition, it was eported.

FChela Ram Kewlani, former president of Pakistan Hindu Council and a leader of the ruling Pakistan Tehreek-i-Insaf in Sindh, was notified as chairman of the new commission on Monday, reports Dawn news.

According to the Ministry’s notification, the commission will have six official and 12 non-official members including the chairman for a term of three years.

Among these 12 members of the commission for minorities, two are Muslim, three belong to the Hindu and Christian communities each, two members of Sikh community.

The Parsi and Kalash communities of the country will be represented by one member each in the commission.

According to the terms of reference, the commission will formulate proposal for development of a national policy to promote peace and interfaith harmony in the country.

It will formulate proposals for amending laws/policies which are reported to be discriminatory towards the religious minorities, recommend steps to ensure maximum and effective participation by the members of minority communities in all aspects of national life, ensure effective participation and association of minority communities with their religious and cultural festival and celebrations.

The commission will also look into the grievances and representations made by the members of any minority community. (IANS)