Muslim names should be changed 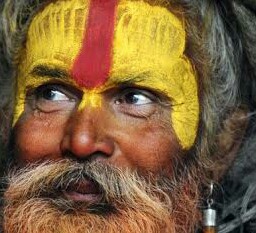 Prayagraj, Feb 9 (IANS) Saints and seers at the ongoing Magh Mela in Prayagraj now want the Yogi Adityanath government in Uttar Pradesh to change all the names of cities that have a Muslim-sounding name.

Welcoming the proposal to change the name of Basti district to Vashishth Nagar, the saints have said that a large number of cities in the state were renamed by the Mughal rulers and these cities must be given back their original names.

“Prayagraj was made Allahabad and Yogi Adityanath has changed it back to Prayagraj. Similarly, other such cities should be given back their original Hindu names but we have a government that is run by Hindus and is of Hindus,” said Swami Maheshashram Maharaj of the Akhil Bhartiya Dandi Swami Parishad.

Swami Brahmashram Maharaj of the same sect said that invaders in various periods of time had changed the names of cities and places according to their religious preferences. “Whether it was the Mughal or the British rulers, both changed names but now Yogi Adityanath should set this right by giving the places their original names,” he said.