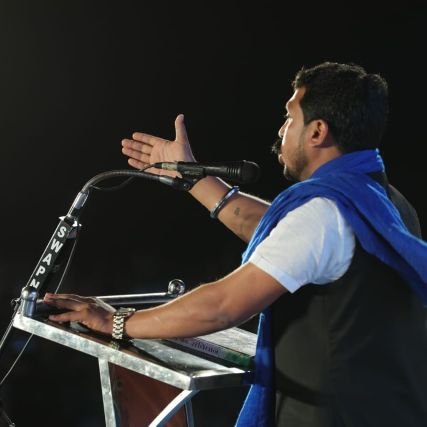 Noida :Bhim Army chief Chandrashekhar entered the political fray on Sunday by forming Azad Samaj Party. He made this announcement in Basai village of Sector-70 in Noida by taking oath of the Constitution. Interestingly, he chose blue colour for the flag of his party.

A large number of Bhim Army supporters and workers were present during the announcement. The sources also said that 28 ex-MLAs and six former MPs also attended the event and took the oath. However, it was not officially confirmed.

March 15 is observed as the Birth Anniversary of Bahujan Samaj Party founder Kanshi Ram every year.