‘Taliban killed 120 civilians since past 3 weeks’ 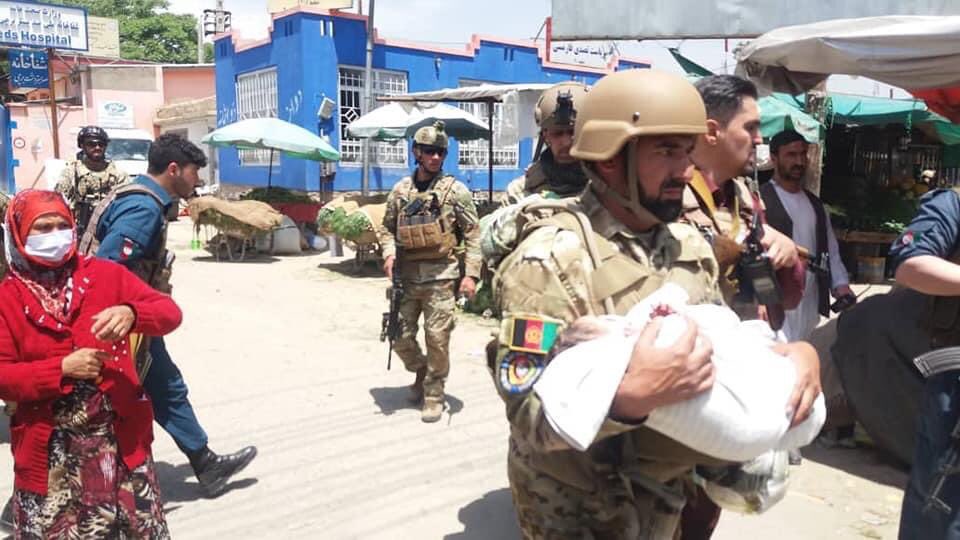 Kabul: Over 120 Afghan civilians were killed and 350 others injured in Taliban attacks over the past three weeks, said a spokesman for the Office of National Security Council (ONSC).

“The attacks launched by the Taliban and their supporters show a 33 per cent increase compared with the second week of the holy month of Ramzan,” TOLO News quoted ONSC spokesman Jawed Faisal as saying on Saturday.

Meanwhile, the Defence Ministry said that the Afghan National Security and Defense Forces (ANDSF) have returned to “offence mode” following an order by President Ashraf Ghani.

“Over the past few days we managed to conduct a series of powerful attacks on the enemy position and dealt major human fatalities on them,” said Ministry spokesman Rohullah Ahmadzai.

Ghani on Wednesday ordered the ANDSF to return to “offence mode” against the insurgents due to the increasing number of attacks.

Ghani made the statement in the wake of Tuesday’s deadly attacks in Kabul and Nangarhar.

At least 24 people, among them two newborn babies, were killed in an attack on the Dash-e-Barchi 100-bed hospital, which is home to a maternity clinic run by Doctors Without Borders (MSF).

On Friday, Ghani defended his new military stance against the insurgents, saying that his administration will never oppose efforts for peace and reconciliation, but warned that the Afghan armed forces had the right to defend the nation against threats.

Nevertheless, a number of political commentators and former Taliban members have said that both the Afghan government and the militant should swiftly end the hostilities and engage in dialogue, TOLO News reported.

“Both sides (Taliban and the Afghan govt) should agree on an Islamic solution and move forward,” said Sayed Akbar Agha, a former Taliban commander.

The Taliban have also claimed to have inflicted massive human casualties on the ANDSF.

The Afghan government insists on military supremacy at a time when foreign parties have warned that Kabul’s harsher military action could pose devastating blows to the country’s peace process.

However, the peace deal between the US and the Taliban in Doha had raised some new hopes among the Afghan people and their international partners that this time more concrete steps for a negotiated settlement between the Taliban and the Afghan factions too, will be taken.

But with the passage of time, attacks increased and both the Afghan government and the Taliban have accused each other of attempts to sabotage the peace process.

On April 25, ONSC figures provided indicated that the Taliban had conducted an average of 55 attacks per day since the signing of the peace deal with the US in Doha on February 29.

It said that the Taliban conducted 2,804 attacks from the beginning of March to April 19, adding the group “does not remain committed to the reconciliation process that will help the country to end decades of war”. (IANS)