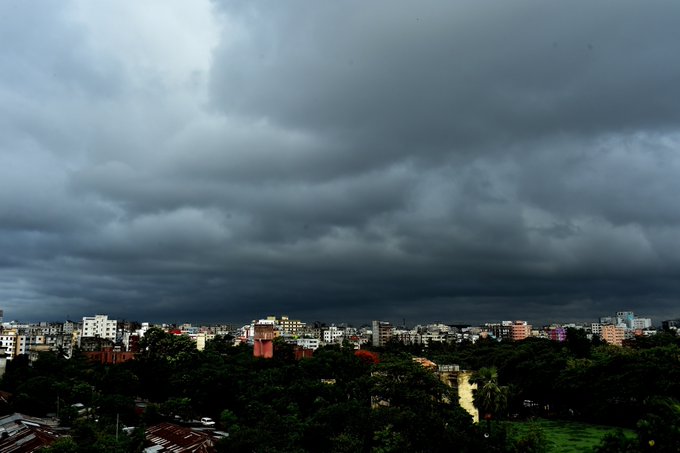 The storm moved northwards and currently lies over the west central Bay and adjoining south Bay, The Daily Star newspaper quoted the latest special weather bulletin of the Bangladesh Meteorological Department as saying.

It is likely to intensify further and move in a north-northwesterly direction and then re-curve north-northeast wards, it said.

Maximum sustained wind speed within 74 km of the storm centre is about 110 kph rising to 130 kph in gusts/squalls.

Sea will remain very high near the cyclone centre, the bulletin said.

Maritime ports of Chattogram, Cox’s Bazar, Mongla and Payra have been advised to keep hoisted local warning signal No. 4.

All fishing boats and trawlers over north Bay and deep sea have been advised to remain close to the coast and proceed with caution till further notice, so that they can take shelter within a short notice.

They are also advised not to venture into the deep sea.

The India Meteorological Department on Monday issued a cyclone alert for West Bengal and north Odisha coasts as the extremely severe cyclonic storm was over the central parts of the South Bay of Bengal and adjoining central Bay of Bengal. (IANS)