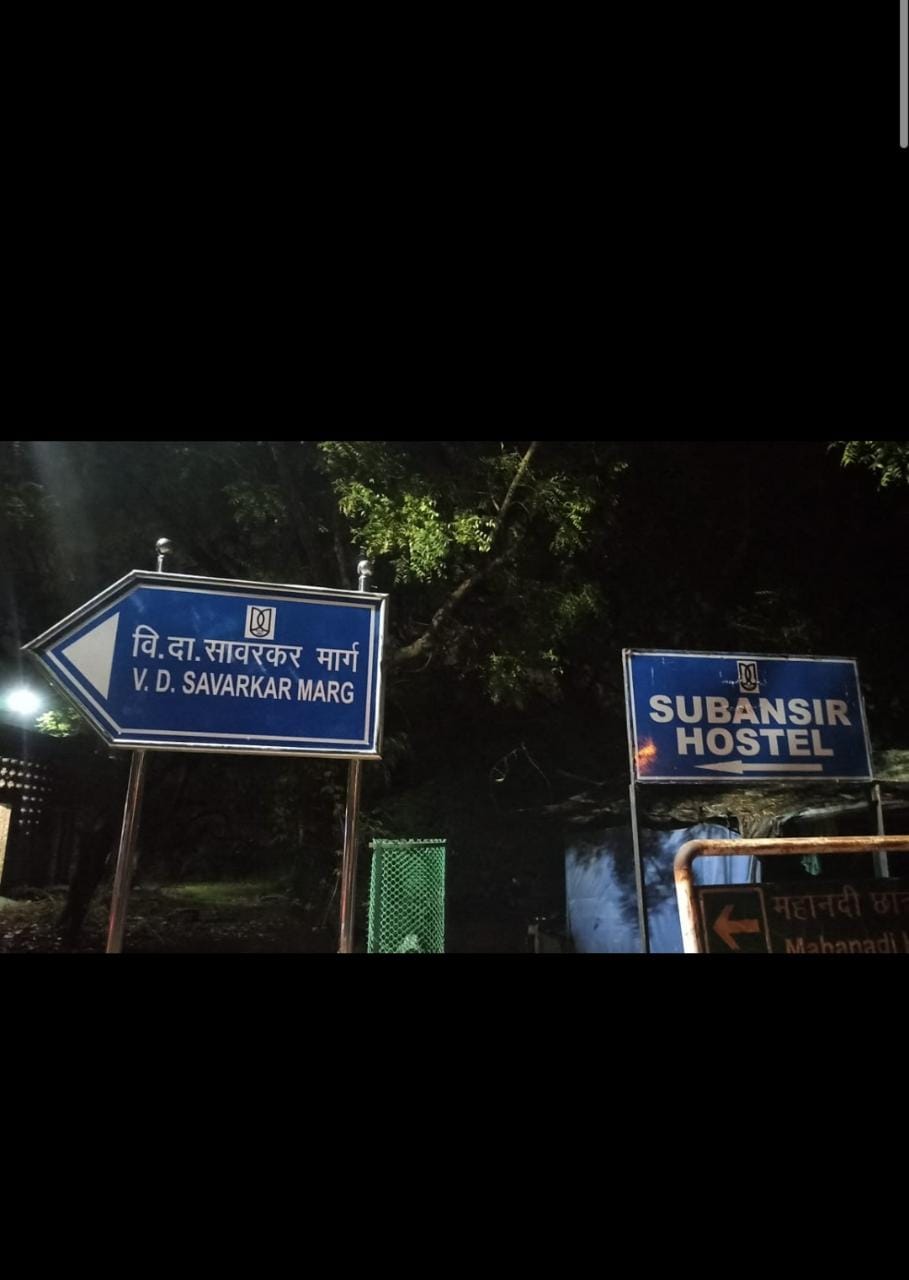 New Delhi : After last year’s uproar in Delhi University over Vinayak Damodar Savarkar’s bust, another educational institution might see unrest as naming of a road in JNU after the Hindutva icon has riled the JNUSU.

The JNU Students’ Union which is dominated by Leftist students wings called the step as a “shame on the legacy of JNU”.

In a Whatsapp message, JNUSU President Aishe Ghosh said, “Shame on the legacy of JNU that this man’s name has been put in this university.”

“Never did the university had space for Savarkar and his stooges and never will it have!” she added, followed by hashtag #RejectHindutva.

According to the picture shared by Aishe, a new board has been erected in JNU which names a road in the varsity as V.D. Savarkar Marg.

The board is erected adjacent to a signboard showing way to Subansir hostel in the campus.

Last year in August, ahead of the Delhi University students’ union polls, the outgoing President of DUSU, Shakti Singh had installed statues of Veer Savarkar, Subhash Chandra Bose and Bhagat Singh without due permission outside the gate of the varsity’s Arts Faculty in north campus.

The move drew flak from different student wings and was ultimately removed by DUSU after Savarkar’s bust was blackened by Congress’ student wing NSUI.