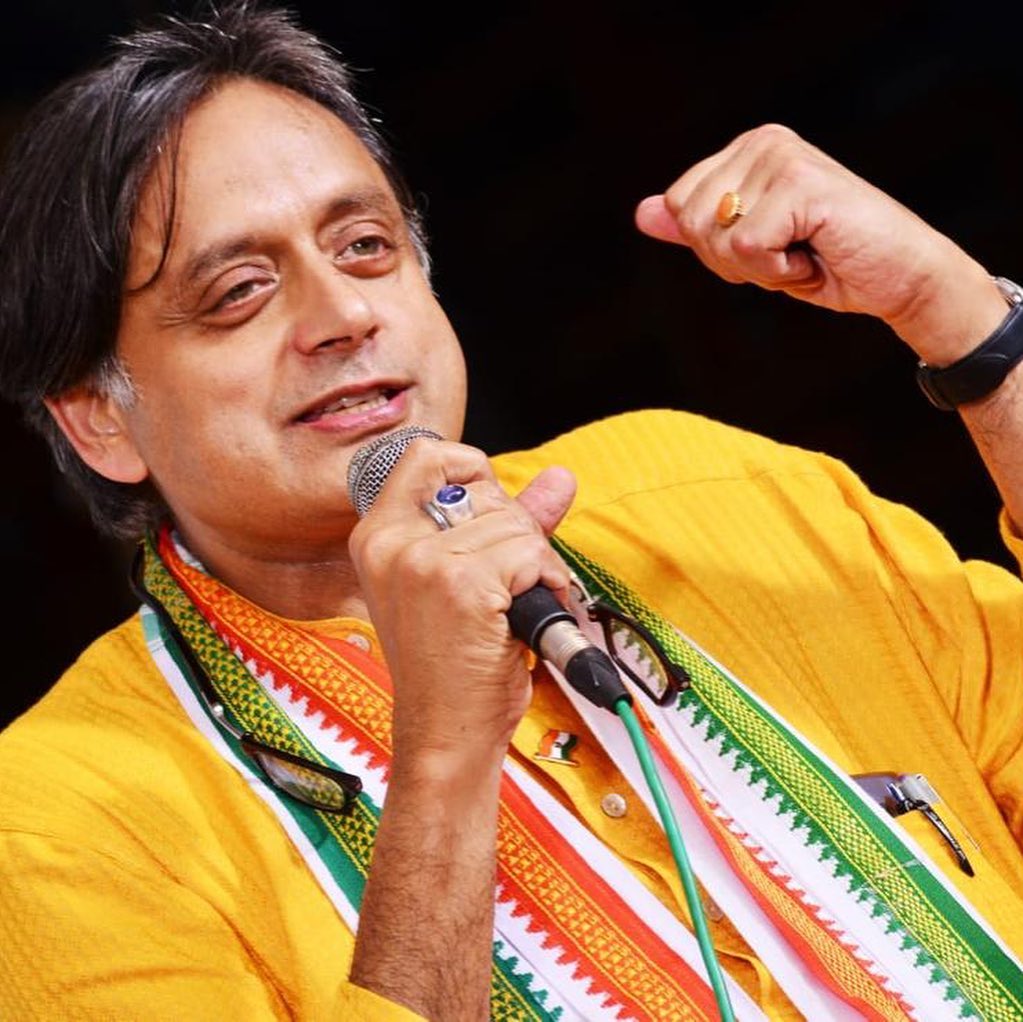 Thiruvananthapuram: Sixty-four-year-old former Under-Secretary General of the UN, Shashi Tharoor ever since he stepped into an unknown area of politicking has had no reason to look back and today is rated as one of the most popular Congress MPs.

Into his third term as the Lok Sabha member from the state capital, Tharoor today is one who has been taking on Prime Minister Narendra Modi on a wide ranging issues, has been critical on the security of the Aarogya Setu App.

Now stationed at Delhi, as he could not make it to Kerala following the lockdown, even as he is busy finishing his latest book on ‘nationalism’, Tharoor, opened up on various Covid-19 issues to IANS.

Q: You have said COVID-19 must not become an excuse for the creation of a ‘surveillance state’ in India, do you fear such a thing?

A: Yes. I am concerned that in the present atmosphere, where the government has already used the excuse of the pandemic to arrogate great powers to itself to enforce the ongoing lockdown, charged journalists, arrested student protestors, banned gatherings and severely restricted the functioning of courts, denying bail to many, there are genuine concerns that the Aarogya Setu app will play into an unfolding narrative of greater government control.

Q: You have taken on PM Modi over his appeals to bang utensils, light lamps and candles , Can’t it be seen as just a call to boost the morale of the people of India?

A: Oh I fully appreciated that and appreciated his instinct for symbolic gestures. My question at the time was, is this enough? Are there not more important issues relating to COVID19 that the PM ought to have been sharing with the nation?

Q: Since you are a global personality, did you get any response over Modi’s call from any quarters?

A: A number of my foreign friends were concerned about the communally-charged atmosphere in the country, especially involving demonisation of the Muslim community. Otherwise the thaali/taali/diya call attracted neither adverse comment nor praise.

Q: Do you think that the flypast held to honour Corona warriors was to overcome the blunder of banging utensils and lighting lamps?

A: It was a grossly insensitive misuse of taxpayer resources at this time, when so many Indians are starving, trudging home in despair, unemployed and uncertain what the next day will bring. At least the utensils and lamps didn’t cost the exchequer anything. This pointless and wasteful show did. The politics of the empty gesture is frankly beneath what we expect from our armed forces.

Q: What happened in the US, UK and a few other developed countries, where things have gone from bad to worse?

A: Each country has its own reality. India imposed a stringent lockdown before either of those countries did. That was the right thing to do, though it could have been better planned and people should have been given more notice to make the necessary arrangements. With planning and notice, it could probably have come ten days earlier. But as we know, the effect of our lockdown has been temporary, with the number of cases still climbing every day.

Q: Doubts have been raised about the manner of testing going on across the country. Your views on it?

A: We have been caught largely unprepared, with a grave shortage of test kits, a mix of different kinds of testing, some defective or faulty imported kits and some unreliable results. There are stories that some deaths may not have been attributed to Covid but should have been; however, doctors could not afford to waste test kits on those who were already dead! I think the answer lies in rapid approval and manufacturing of the indigenously-developed RT-LAMP test kits devised by the Sree Chitra Institute in Thiruvananthapuram. It is unconscionable the way the ICMR has been dragging its feet on approving these. There are always too many vested interests impeding any genuine progress.

Q: Kerala has been applauded for the way the pandemic has been handled and don’t you think, any government here given the strong foundation successive governments have worked up, would have done the same?

A: Yes, full marks to the Kerala government but even fuller marks to the Kerala society and system, built up over generations! There is fortunately a bipartisan political consensus in the state on a strong public health infrastructure, decentralised administration, community participation and effective welfare measures. I think any party in power would have done as well.

Q: Your party leaders here are up in arms against Chief Minister Pinarayi Vijayan calling his daily press briefing as nothing but a PR exercise. What do you think ?

A: I believe in the importance of open and transparent communication to the public at moments of crisis like this. I think my colleagues were criticising the content and tone of the briefings.

Q: Although the pandemic has been a disaster to the human race, don’t you think it has become a boon for the environment?

A: In the short term, yes. In Delhi the air is actually breathable for the first time in a couple of decades! It will only be a boon in the long term if people insist that they don’t want to lose all these gains entirely when “normalcy” resumes.

Q: Is it possible to bring the idea of eco friendly practices locally amongst all and what would you suggest to start with?

A: The prescriptions are widely known — a National Clean Air Policy with actionable goals for industry, vehicles, construction and farming; a Clean Water policy to deal with toxic sludge being poured into our rivers; extensive rainwater harvesting, major incentives for alternative energy, an end to single-use plastics, and so on. The challenge is to develop the political will to get it done.

Q: Is it possible to start for constant monitoring of carbon emissions by companies and businesses alike?