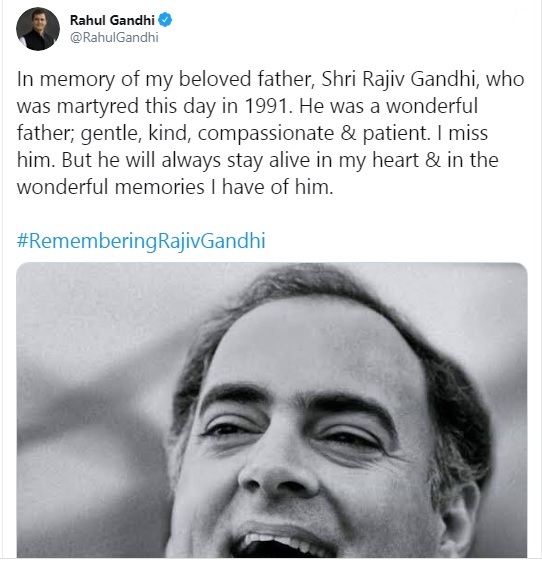 Taking it to Twitter, he said in Hindi, which is roughly translated as: “I am proud to be the son of a true patriot, liberal and philanthropic father. As Prime Minister, Rajiv ji brought the country on the path of progress. He empowered the country through his visionary thinking. Today, on his death anniversary I remember him with affection, gratitude and reverence.”

Former Prime Minister Rajiv Gandhi was assassinated on this day in 1991 during a late night election rally in Sriperumbudur village of Kanchipuram district of Tamil Nadu, ahead of the Lok Sabha polls when a suicide bomber struck.

He was the youngest Prime Minister, who took oath at the age of 40, following the assassination of mother and another former Prime Minister Indira Gandhi. (IANS)