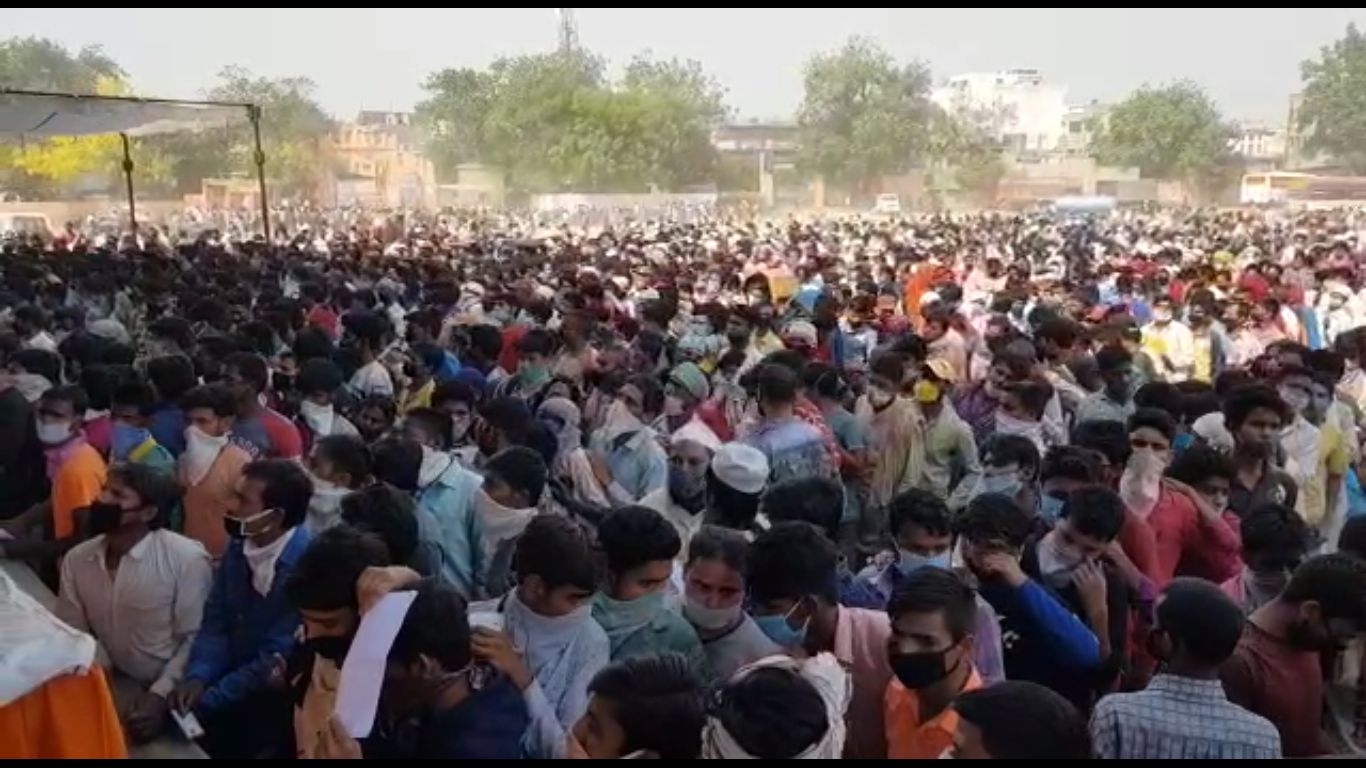 New Delhi: Delhi’s ruling Aam Aadmi Party on Monday blamed the BJP for the plight of the migrants and called the party “anti-poor” and “pro-rich”.

Speaking to the media, AAP Rajya Sabha MP Sanjay Singh said the BJP is blind towards the massive exodus of poor migrant labourers which is happening all across India.

“Today’s situation has exposed the BJP and now it has become clear that they are anti-poor and pro-rich party. These poor migrant labourers are grieving from trauma, hunger, poverty and unemployment.”

Singh said the migrants are walking thousands of miles every day to reach their homes, they are dying in road accidents and some are killed by train.

“We have seen how these poor people are carrying their tired children. BJP is not at all looking at this crisis. BJP does not care about labourers, farmers, poor and marginalised people.”

Singh also said that right now the biggest issue is the exodus of poor migrant labourers. The only way to solve this issue is by running more trains.

“All these states are run by BJP and they are only torturing these poor migrant labourers. We expected a proper vision of the Centre on the issue of migrants but the government has not kept any concrete vision in front of us.”

Singh said while the protection protocols should be in place, but the lockdown cannot continue indefinitely as economic activities should start at some point.

“I believe that we have to continue social distancing, wearing masks and sanitisation protocols for some time. If the economic activities do not begin then more people will die due to hunger than COVID-19.”

Due to the sudden announcement of the lockdown, thousands of migrants were stuck in the national capital and other parts of the country.

The 21-day nationwide lockdown imposed from March 25 was to end on April 14. However, it was extended to May 3 and then to May 17. Now it will continue till May 31. Migrant workers have started returning to their native villages and hometowns on foot or in overcrowded vehicles, resulting in deaths and fatal accidents. The Centre is running ‘Shramik Special trains’ from earlier this month and has ferried over 15 lakh stranded migrant workers in 1,074 such trains till Saturday. (IANS)