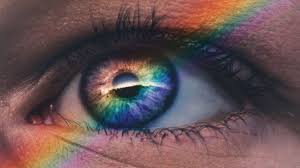 The National Commission for Women (NCW) on Wednesday wrote to the top officials of Bihar and Mizoram regarding two shocking incidents that have been reported from those states.

The NCW said it came to know about an incident through a social media post in which it was tagged. It was alleged that a pregnant woman was denied admission in a hospital due to non-availability of Voter ID Card of the woman in Tlabung, Mizoram.

In another shocker from Bihar, the NCW said three women were allegedly thrashed after being tonsured by locals in Dakrama village of Muzaffarpur in Bihar, as they suspected them of being witches.

The women were reportedly also made to consume faeces and were paraded half-naked by the locals.

“The Commission is perturbed by the reported negligence and denial of service by the hospital officials and is concerned about the plight of women in the period of lockdown due to COVID-19,” said the NCW in a statement.

It also said that it was concerned about the reported incident of witch hunting despite the enactment of the Prevention of Witch Practices Act in Bihar. “The commission has asked Gupteshwar Pandey, the Director General of Police of Bihar, SP Muzaffarpur, for immediate action and a detailed action-taken-report be sent at the earliest to the Commission.

“It has also written to Pu Lalnunmawia Chuaungo, Chief Secretary of Mizoram for immediate inquiry and action against the hospital.

“I am not against one nation in particular, but against the general idea of all nations.”——- Nationalism in India, Rabindranath Thakur
#BoysLockerRoom: As probe begins with one nabbed student, others run for cover
Bangladesh stun India to win maiden U-19 WC
Mind & behavioural coaching a must for Indian cricket
My assessment for Delhi was 45 seats: Amit Shah at a summit
Peace is crucial for revival of J&K’s sagging economy
SC judge:opposing govt can’t be labelled as anti-national
RAW failed to alert on Kargil,none punished: Former PMO man
Seriously ill Covid-19 patients’ antibodies affect immune system: Study
Pandemic entering ‘new and dangerous phase’: WHO
Newer Post
Italian researchers claim world’s first Covid-19 vaccine: Report
Older Post
The parrot who chose freedom