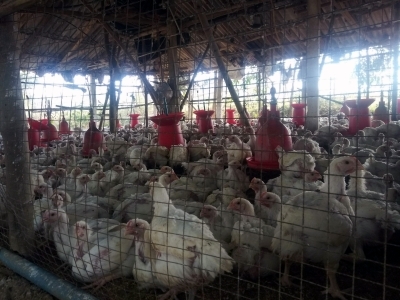 New York: Scientists have called for the urgent need for research to understand the potential impacts of COVID-19 in certain animal species, the transmissibility of infection between humans and those animals, and the impact infection could have on food security and the economy.

In a study from Western University of Health Sciences in the US, published in the journal Vector-Borne and Zoonotic Disease, the scientists focused on companion animals, livestock and poultry, working animals such as military service dogs, and zoo species.

“We are now faced with many urgent questions that can only be answered through investigative studies and surveillance,” the authors wrote.

The researchers identify three urgent issues to consider: the potential for domesticated animals to transmit the infection to humans and to contribute to community spread of disease; the impact on food security, economy, and trade if livestock and poultry are affected by a coronavirus.

And the effect on national security if the virus infects military service dogs and impairs their sense of smell, often used for tracking and to detect explosives and narcotics.

The research team said stringent studies are needed, with robust data collection, and not just anecdotal evidence. Dogs, cats, lions, and tigers have all already tested positive for the COVID-19 virus.

Studies are needed on the transmissibility of the virus between animal species and between animals and humans, on the best diagnostic tests available for companion animals and livestock, and on how COVID-19 is expressed in animals.

“The potential for zoonotic SARS-CoV-2 to infect companion animals has been a topic of much discussion,” said Stephen Higgs, Editor-in-Chief of Vector-Borne and Zoonotic Diseases and Director, Biosecurity Research Institute, Kansas State University in the US.

“With over four million cases of COVID-19 and over a quarter of a million deaths worldwide so far since January, it is vital that we understand the risks posed by domestic animals as a possible source for human infection,” Higgs added. (IANS)