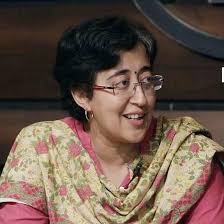 New Delhi, Feb 11 (IANS) With another landslide victory for the Aam Admi Party in the Delhi Assembly polls, party chief Arvind Kejriwal plans to rejig his cabinet when he forms the new government.

Sources said that Atishi Marlena and Raghav Chadha would be part of Kejriwal’s new cabinet. Atishi has won polls from Kalkaji and Chadha from Rajinder Nagar. Both were contributing to the state government in different capacities as advisors before being removed by the Centre, citing their “illegal appointments”.

Atishi, an alumna of Delhi’s St Stephens College and Oxford University, has been praised by the party for her efforts to reform Delhi’s education sector. With her reaching the Assembly, sources said that role of Deputy Chief Minister Manish Sisodia would be bit curtailed as she would now be looking after the Education Department.

Sisodia, with help of Atishi, who completed her Master’s degree in History on a Chevening scholarship and went to Oxford’s Magdalen College as a Rhodes scholar, had made an impact in the education system in the national capital. She had served as Advisor to the Deputy Chief Minister on Education, from July 2015 to April 2018, before her removal for holding an unapproved designation.

She is also a member of the Political Affairs Committee of the Aam Aadmi Party.

Chadha, who is a member of the national executive of the party, is a chartered accountant by profession and the national spokesperson of the AAP. He played a key role in the communication and outreach efforts of the party. He is also the party’s in-charge of legal affairs.

After the party came to power with a thumping majority in the 2015 Assembly election, Chadha, who specialises in international tax and transfer Pricing, was appointed as an advisor in the Finance Ministry headed by Sisodia. However, in April 2018, he was sacked along with nine other advisors by the Centre, which termed their appointment as illegal. 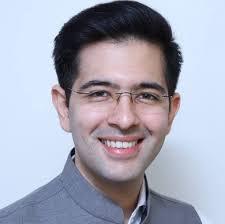 Both of them had contested Lok Sabha polls 2019 but they lost.

Kejriwal would retain Satyendar Jain but there would be change in his portfolios. He currently holds power, PWD, health and family welfare, industries and Gurudwara Elections. He had served as Health and Industries Minister in the first AAP Government from December 28, 2013 to February 14, 2014.

Sources said that Kejriwal would drop two members from the previous cabinet.

Gopal Rai was Minister of Labour and Employment in previous government, Rajendra Pal Gautam the Water, Tourist, Culture and Arts & Languages Minister and Imran Hussain held the portfolios of food and supplies, environment and forests.

Kailash Gahlot was looking after revenue, administrative reforms, information and technology, law, justice and legislative affairs and transport in the previous government.