Mind & behavioural coaching a must for Indian cricket 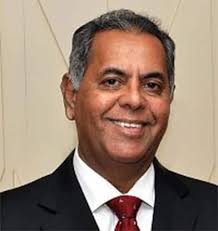 This week had three significant moments with regard to Indian cricket. The senior Indian team, having demolished New Zealand in the five-match T20I series were brought down to earth, lost 0-3 in the ODIs. The New Zealand side, that looked like a dazzled rabbit under a spot light after the T20Is, suddenly turned into hunters rather than one that was being hunted.

Although the ODIs did not have much importance at this stage, the failure of India’s three star performers — Virat Kohli, Jasprit Bumrah and Kuldeep Yadav — are a cause for concern. All of them looked till then infallible, but going into the important two-match Test series, New Zealand may feel that they have found a chink in India’s armour.

The Test matches are crucial for India to garner points for the Test Championship. The two top qualifiers will play for the first ever Test-match Trophy in the final to be held at Lords next year. The Test series, therefore, should be very interesting as New Zealand, especially at home, are a side that seem to flourish in their backyard. The red cherry or cricket ball is all that it takes to make cricket encounters between teams into a different ball game.

The wonderful aspect of the New Zealand versus India battle has been the spirit in which both the teams have played the game. It is so inspiring to see players on both sides appreciating, acknowledging as well as admiring each other on and off the field.

On the other hand, the next significant moment for India was the U-19 World Cup final and the atrocious behaviour that one witnessed while watching it. India played Bangladesh and the match turned out to be an encounter that one should ensure never happens again on the cricket field. The umpires, I felt, should have sternly put a stop to it at the very beginning. It gradually escalated into an abusive and aggressive mayhem that marred the spirit of the game.

India, the more powerful side with the leading batsmen of the tournament in Yashasvi Jaiswal and the bowler Ravi Bishnoi in their fold, were the strong favourites. Although, both of them did come through with match winning performances, Bangladesh as a team and with an astute captain in Akbar Ali, romped home victorious.

The Indian defeat, if one analyses, was not because of the lack of any cricketing ability but solely on account of their immature and emotional outbursts. Bangladesh, who had nothing to lose, may have instigated the aggressive behaviour, but the Indian side, rather than focusing on their game fell a victim to it.

The talented Indian opening bowlers, rather than concentrating on their line and length went into a mode to showcase the fire power that they possessed and gave away those extra runs that proved detrimental at the end. This was a very bitter lesson that not only the coaching staff of the U-19 side learnt but one hopes that it will be an awakening for the young Indian cricketers in the future as well.

The U-19 Indian side had three of the coolest heads in Indian cricket preparing them for the tournament, in Rahul Dravid, Paras Mhambrey and Hrishikesh Kanitkar. All of them are known for their serious, unemotional attitude and ones who never lost their cool even in the most adverse conditions. One, as they say, lives and learns and one is sure that, hereafter, the U-19 and the India A players will be taken through an emotional and mental behaviour class in going forward.

The third significant encounter was the tri-series final between Australia and the India women. India, did well to qualify ahead of England and had Australia in trouble. This T20I series is a warm-up to India’s T20 World Cup being held from February 21. Once again as in the past, India failed to close the match, with 40 runs to make with both their top players Smriti Mandhana and Harmanpreet Kaur at the crease.

The Indian women are getting themselves into a very good position but somehow fail to complete the task at hand. Once again this is all to do with mental preparation and the Indian coach, W.V. Raman, needs to address this very seriously.

India, has two of the most renowned finishers of the game in M.S. Dhoni and Virat Kohli. A talk with these two individuals before they commence their World Cup campaign would be just the pep talk needed to build their confidence. Cricketing wise the Indian women’s team is right at the top. A cool and collective mind is all they require to win the first big trophy for Indian women’s cricket.

Indian cricket at all levels seems to be swarmed with talented and skillful cricketers. But the BCCI now has to make them mentally and behaviourally strong and coaching is the only way forward. One hopes they put a good curriculum in place soon.