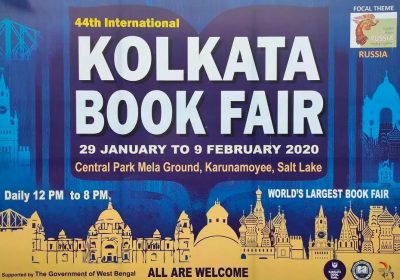 Kolkata, Feb 8 (IANS) Violence broke out at the Kolkata International Book Fair on Saturday as anti-CAA protesters clashed with the police, who were seen beating them with batons after the group of Left civil rights activists shouted slogans against BJP national secretary Rahul Sinha who had come to the venue to visit a book stall.

There was also a scuffle between BJP activists and anti-Citizenship (Amendment) Act protesters when Sinha went to the stall of the Bharatiya Janbarta, the party mouthpiece.

With the matter threatening to go out of control, the police swung into action to separate the two groups.

As the anti-CAA protesters turned their ire on the police, the security forces chased them with batons and took some of them into custody.

ALater, the Association for Protection of Democratic Rights accused the police of “unprovoked attack” on the peaceful protestors.

“Only a handful of protesters were raising slogans. The police acted without any provocation from the side of the protestors, ” said APDR leader Ranjit Sure.

The book fair this year has been a virtual battleground between pro and anti CAA groups.

A number of publications both for and against the Act as also on National Register of Citizens and National Population Register have come out at the fair, while there have been various forms of innovative campaigns by different political and non-political organisations.

Sinha was dismissive of the protests against him, saying he did not wish to give any publicity to these Left groups.

“Our fight is with the Trinamool Congress. The Left parties have been rejected by the people. We are not fools to let them come into the spotlight by engaging in a fight with them”.