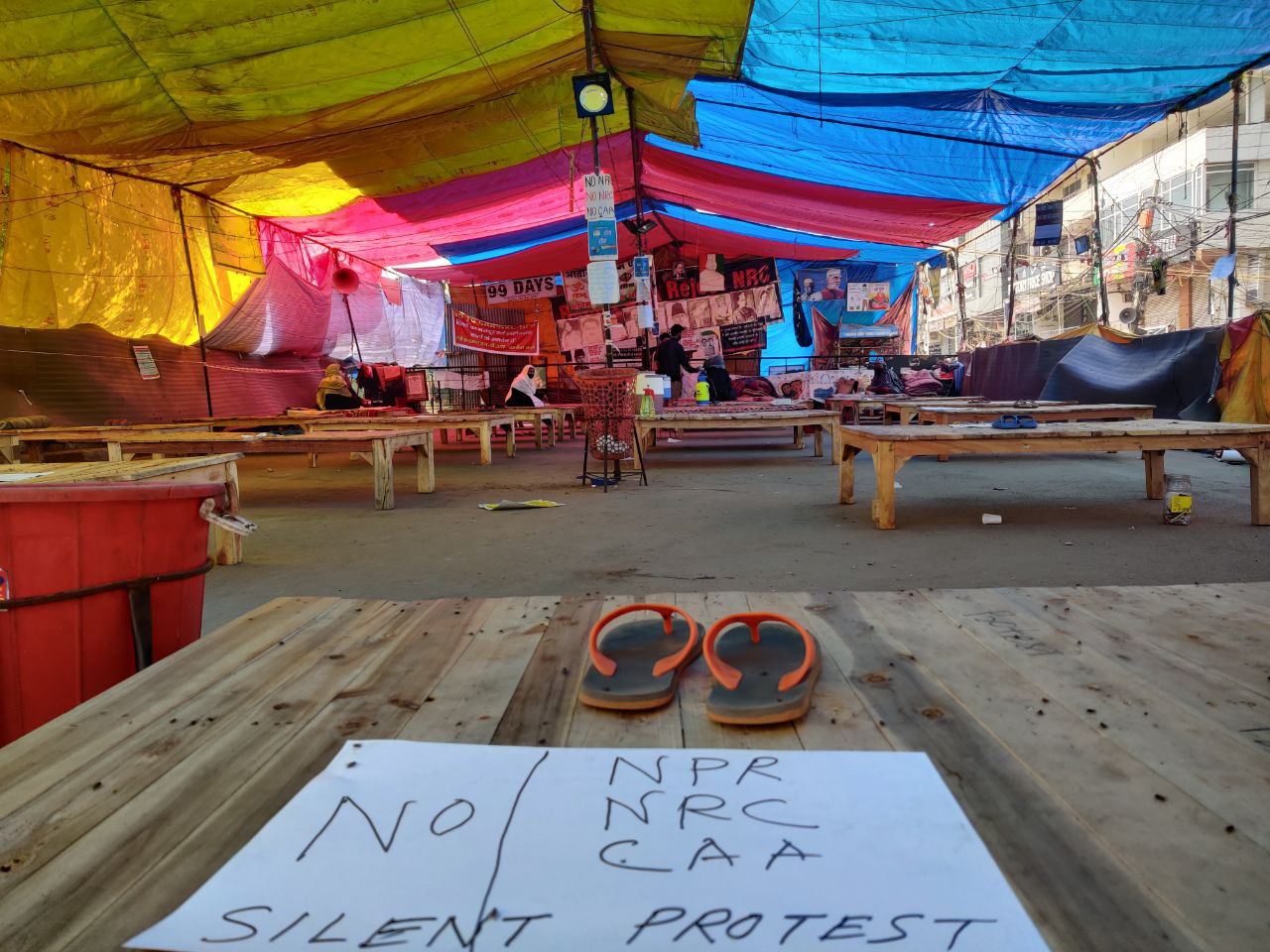 New Delhi:Women protesters at Shaheen Bagh on Sunday came out with a unique idea to continue their protest against Citizenship Amendment Act (CAA), National Register of Citizens (NRC) and the National Population Register (NPR) by keeping their slippers on the beds on lying at the protest site.

Modi on Thursday night in a special address to the nation appealed for ‘Janata curfew’ between 7 a.m. to 9 p.m. on Sunday.

The protesters had earlier announced that they would continue as usual on the day of the curfew called by Modi on Thursday.

“We are not ending the protest, come what may. But we are aware of the danger posed by Covid-19, so we adopted this type of protest for the day,” Khurshid Alam, one of the organisers of the protest, told IANS.

Alam further said that the women above 60 and children are not being allowed at the protest site.

The anti-CAA protest has been going on at Shaheen Bagh since December 15 last year.