Team India ‘unbelievable’ but we are confident: de Kock 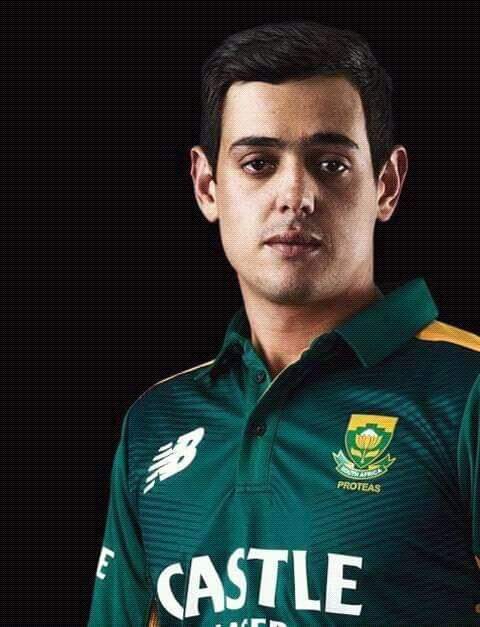 Dharamsala: South Africa captain Quinton de Kock believes India, under Virat Kohli, is an “unbelievable” team with great balance, but added that the visitors are also brimming with confidence and are ready for a fight in the three-match ODI series beginning Thursday.

India are coming into the series on the back of a series whitewash in New Zealand whereas the Proteas whitewashed Australia in their last ODI series back home.

“India is an unbelievable team, they have got great balance, but I am sure we are also coming here with a lot of confidence,” de Kock said on the eve of the first ODI on Wednesday.

The skipper also urged the senior members of the team — including himself, Faf du Plessis and David Miller — to take up responsibility and guide the youngsters against the Men in Blue.

du Plessis is making a comeback after being rested for the Australia series and de Kock feels his presence in the team will be vital.

“Obviously, Faf (du Plessis) has come back. He plays a big role for us from the leadership point of view. He is here to help out the younger guys in the team. He adds a lot of value for us. He also knows he has lot of value to give to this team. His experience will be a big help for us in this series,” de Kock said.

“We understand that we are coming here with quite an inexperienced side in these conditions but its important Faf, me, David Miller to help out these guys around, lead the way. Pass on our knowledge to the youngsters.”

du Plessis was rested for the ODI series against South Africa at home which the Proteas won 3-0 and de Kock feels that the former skipper needed that break to re-organise his thoughts.

“He (Du Plessis) was given a chance to have a break. It’s been a long season so I think it was important to let him put his feet up for a while, just re-organise his thoughts,” said de Kock

“Just glad to have him back with us. We are undecided where he is going to bat at the moment but we will come up with the decision later,” he added.