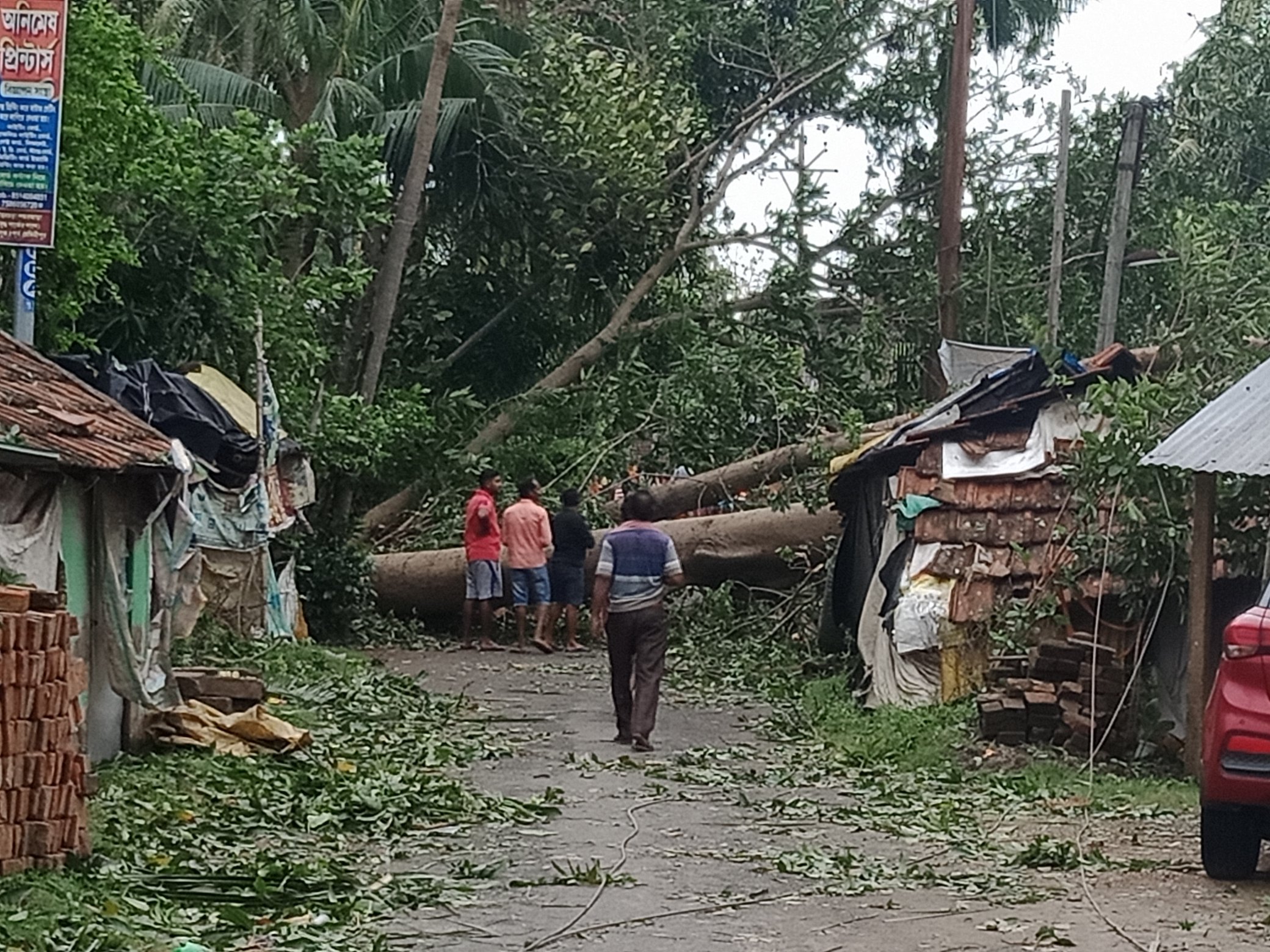 Kolkata: A day after severe cyclonic storm Amphan wreaked havoc in Kolkata, Howrah, Hooghly and North and South 24 Parganas districts of West Bengal, Chief Minister Mamata Banerjee said on Thursday that at least 72 people have lost their lives due to the cyclone, and urged Prime Minister Narendra Modi to visit the state and help rebuild the affected areas from scratch.

Amphan made its landfall in West Bengal on Wednesday afternoon and caused severe damages in various parts of the state with a wind speed ranging from 155 to 185 kmph, accompanied by heavy rainfall.

After conducting a review meeting with the concerned officials, Banerjee said, “As per the reports received so far, 72 people have lost their lives across the state due to Cyclone Amphan. Two of the districts — South and North 24 Parganas — have been completely devastated and need to be rebuilt from scratch.”

She also urged the Centre to extend all possible help to the state in this hour of crisis.

Saying that she has never witnessed such a severe cyclone in her entire life, the Chief Minister said, “I would request Prime Minister Narendra Modi to come and visit the affected areas.”

Banerjee also said that she would soon visit the affected areas. “We will soon start the restoration work. There have large scale power cuts in many areas of Kolkata and North and South 24 Parganas, while telephone and mobile connections are also down in many parts,” Banerjee said. 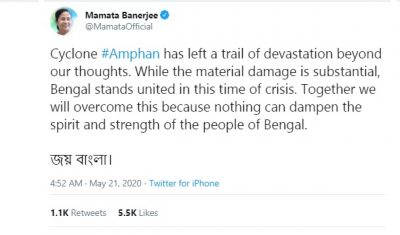 The Chief Minister also took to Twitter to express her feeling. “Cyclone Amphan has left a trail of devastation beyond our thoughts. While the material damage is substantial, Bengal stands united in this time of crisis. Together we will overcome this because nothing can dampen the spirit and strength of the people of Bengal,” she tweeted. (IANS)