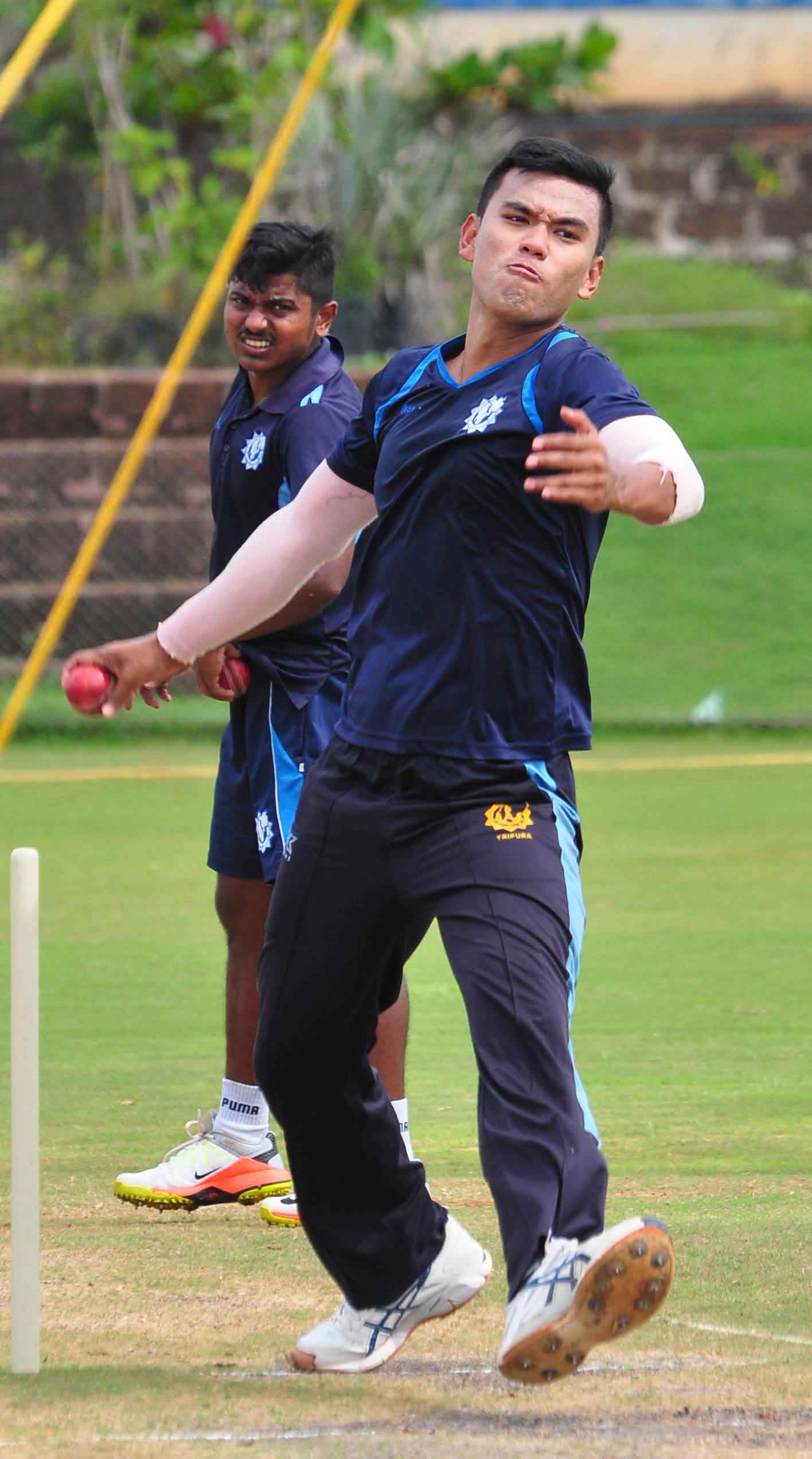 New Delhi: Two years ago, in accordance with the recommendations of the Justice RM Lodha Committee, the Board of Control for Cricket in India had allowed states from the northeast of the country to enter teams into the domestic cricket tournaments. Following this, teams from the northeastern states started making appearances in all forms of the game in the domestic scene including the Ranji Trophy, the Vijay Hazare Trophy and the Syed Mushtaq Ali Trophy.

The teams had a limited pool of players to choose from because of which signing players from other state sides that were regulars in the domestic tournaments became a norm. In turn, the presence of these players, who grew up in states where cricket is the premier sport, helped in the development and evolution of the sport in the northeastern states.

The move seems to be working well thus far statistically, as the top scorer over the past two seasons of the Ranji Trophy has been a player from one of the teams from the northeast. This season the top three run scorers, Rahul Dalal (1340 runs) from Arunachal Pradesh, Taruwar Kohli (998) from Mizoram and Puneet Bisht (976) of Meghalaya are all from the northeastern states. The teams they played for may not have fared well but this is the start of a long process.

The players may have scored these runs against lesser opposition but seeing a player score over 1000 runs a season and finish at the top of the run scorers’ list is something that instils confidence in his team mates and motivates them to do better.

Rahul Dalal had come close to breaking VVS Laxman’s three-decade old record for most runs scored in a Ranji season. Dalal’s 1340 runs came at a mind-numbing average of 95.71 and he scored four hundreds in the process. Laxman in the 1999/00 season had made 1415 runs.

Taruwar Kohli hails from Jalandhar in Punjab but now plies his trade with Mizoram in the Ranji Trophy. Kohli played nine matches this season and scored 998 runs at an average of 71.28 with a highest score of 307.

In both these cases however, the performance of the players did not translate into results for the two teams. Third placed Bisht’s team Meghalaya finished fourth in the Plate Group and he made his 976 runs at an average of 69.71.

Sikkim’s Milind Kumar topped the charts in the 2018/19 season with 1331 runs whereas five batsmen from the northeast teams were among the top 10 run scorers last season. Most of these batsmen are players who started their careers in other states.

Among the wicket takers, Meghalaya’s R Sanjay Yadav’s tally of 55 scalps puts him only behind Saurashtra captain Jaydev Unadkat. Sanjay originally hails from Tamil Nadu. Manisankar Murasingh of Tripura is fifth in the standings with 49 scalps and a bit of an exception in this trend as he hails from the state and has played for them all along.

The experience that these players bring to their team is valuable for the younger players and for the region itself which would still be getting accustomed to the sport. They are laying a path for players to come out from these regions that are relatively untouched by the game in the country and make a name for themselves.