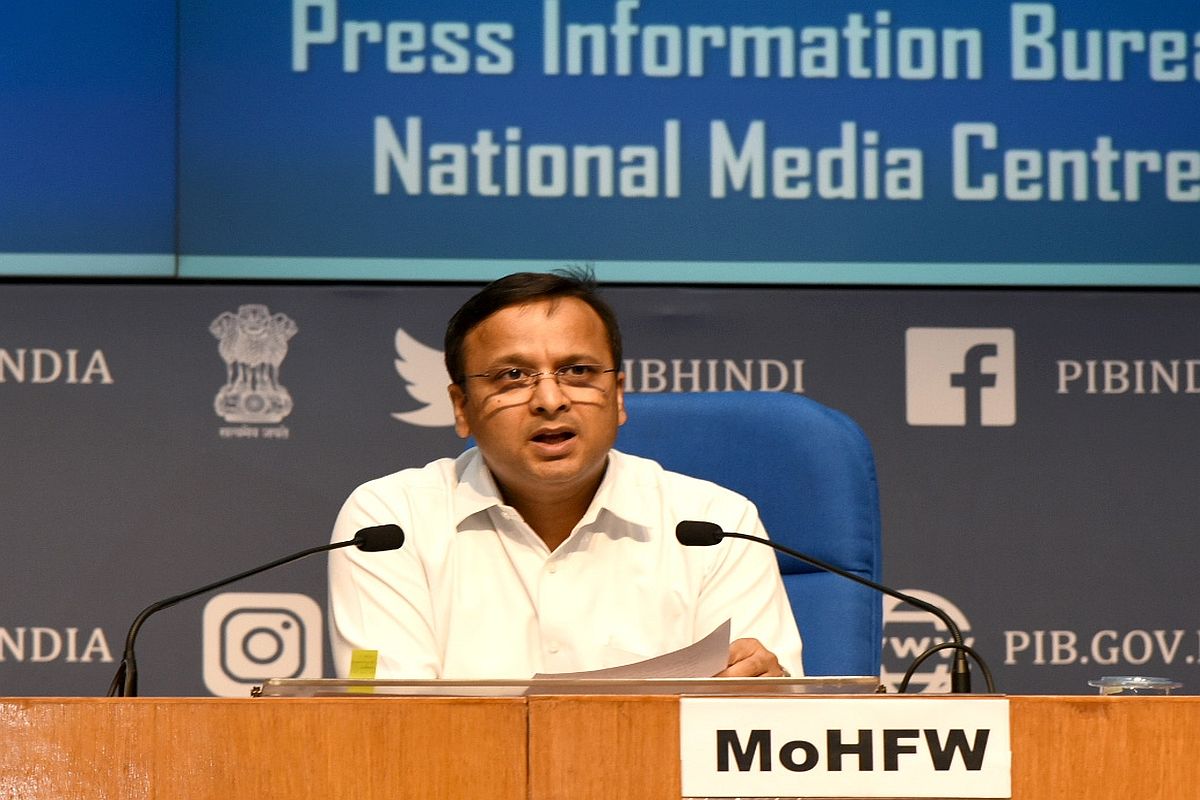 New Delhi: Covid-19 spreads through not following dos and don’ts and neglecting precautions, not religion or region, the Union Health Ministry said on Monday, terming the reports of religion-based mapping of Covid-19 patients as “baseless, incorrect and irresponsible”.

Responding to a query on several media reports indicating religion-based mapping of the disease, Joint Secretary, Health, Lav Agarwal said: “Any news which says this (religion based mapping) is incorrect. It is very irresponsible news; the Supreme Court has already said that no fake news should be published, and news should be published after checking facts. We (through the news) should not spread fear. We should fight this disease with unity. I request that nobody should encourage non-factual news.”

Agarwal insisted that the spread of Covid-19 has nothing to do with race, religion and area, and instead the viral infection spreads when people do not follow dos and don’ts and also do not take requisite precautions to protect them against the disease. “It is important for us through the media to talk to everybody and explain to them what dos and don’ts they have to follow,” he added.

He insisted on fighting the stigma associated with coronavirus. “People having Covid-19 symptoms should come forward to report so that they don’t spread infection to their family members and others,” added Agarwal.

The Health Ministry said that as per ICMR review from lab surveillance data, in initial cases for RT-PCR positive results, patients turned negative after 10 days. “Recent studies have also shown that viral load peaks in the pre-symptomatic period (2 days before symptoms) and goes down over the next 7 days,” said the Health Ministry on the Centre’s revised discharge policy. (IANS)