‘Modi Gamchas’ — A game changer for this man 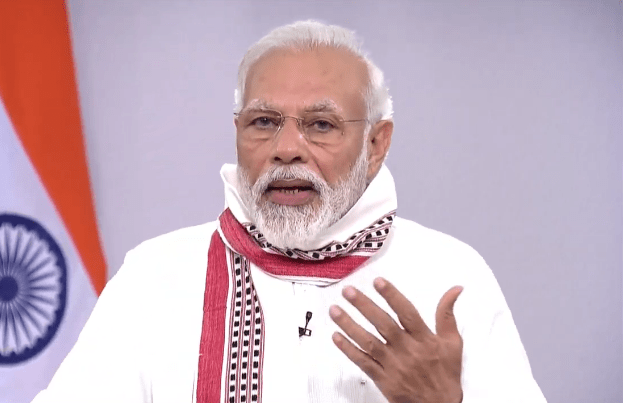 Barabanki (UP): The lockdown may have impacted several businesses but there is a young man in Barabanki district who has found a new business in the prevailing circumstances.

Obaid Ansari of Shahvpur village has started making the red and white ‘gamcha’ that Prime Minister Narendra Modi wore while addressing the nation when he announced lockdown 2.0.

The Prime Minister had worn the ‘gamcha’ as a mask and had suggested that it could be used as a mask.

“I saw the Prime Minister wearing the ‘gamcha’ that seemed very attractive and I copied the design. I started making ‘gamcha’ with the same design and did not expect the tremendous response that I got. I now have people form other states asking me for these gamchas’ but I cannot ensure supplies due to the lockdown. The ‘gamcha’ has been a gamechanger for me,” said Ansari.

Incidentally, Barabanki has been listed for its handloom products under the ‘One district, one Product’ (ODOP) of the Yogi Adityanath government.
(IANS)