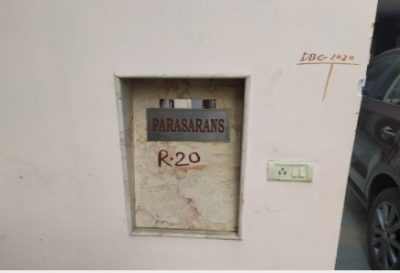 New Delhi, Feb 5 (IANS) The Narendra Modi government on Wednesday announced the formation of a trust for the construction of the much-awaited Ram Temple in Ayodhya. In this context, a notification by the Home Ministry said the office of well-known lawyer Keshav Parasaran would be the address of the “Shri Ram Janmabhoomi Tirtha Kshetra” office.

Parasaran, 93, is a highly-decorated legal luminary. He has been an Attorney General of India, besides being a Padma Bhushan and Padma Vibhushan awardee. His office address — R-20, Greater Kailash Part 1, New Delhi — has been mentioned in the notification of the Home Ministry as the registered office address of the Trust.

Even at the age of 93, he came up with spirited arguments for long hours in favour of Ram Mandir in the Supreme Court that gained everyone’s attention.

Rashtriya Swayamsevak Sangh (RSS) chief Mohan Bhagwat had visited his house during a visit to Delhi, soon after the decision in favour of Ram Temple in November was announced.

According to sources, Parasaran, who batted for the Hindu camp in the Supreme Court, has also been included in the 15-member Ram Mandir Trust.

Born on October 9, 1927 in Srirangam, Tamil Nadu, Parasaran was the Attorney General between 1983 and 1989 in the Indira Gandhi and Rajiv Gandhi-led governments.

The Atal Bihari Vajpayee government conferred the Padma Bhushan on him in 2003, while the Manmohan Singh government gave him the Padma Vibhushan in 2011. He was nominated by the President in 2012 to the Rajya Sabha.

He, however, gained widespread attention by his passionate arguments in Ram Mandir case, while refusing to take a seat while arguing when he was offered one considering his age and following the conventional tradition of lawyers — arguing while standing.

Ahead of the November 9 verdict on Ayodhya, Parasaran had said his last wish was to get a proper seating place for Ramlalla legally.

Parasaran participates with great interest and enthusiasm in advocating lawsuits related to Hindu deities. He was the advocate of Lord Ayyappa in the Sabarimala case before the Ram temple case.

He also contested the case of Ram Sethu during the UPA government. He is also known as ‘Advocate of Gods’ for taking up such cases.

Vinod Bansal, spokesperson of the Vishwa Hindu Parishad told IANS that Parasaran is a true “Ram bhakt” who played an important role by “standing in court for hours and arguing in favour of the temple”.

(Navneet Mishra can be contacted at [email protected])