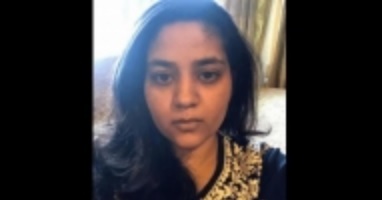 Srinagar, Feb 7 (IANS) Iltija Mufti, daughter of former J&K Chief Minister Mehbooba Mufti, has revealed how she and her mother exchanged letters post abrogation of Article 370 with restrictions placed on them.

She has also launched a scathing attack on the government for slapping stringent provisions of the Public Safety Act (PSA) on her mother and National Conference leader Omar Abdullah.

Iltija in a long tweet has written about the difficulties her family has had to face after Mehbooba was detained following the abrogation of Article 370.

She also mentioned how she would exchange letters with her mother concealed in the tiffin box and ‘chapatis’.

“On a personal level, words escape me to describe the past six months since reading down of Article 370 followed by my mother’s detention. In particular, I’ll never forget the week that she was arrested and jailed. I spent the next few days riddled with anxiety until I received a crumpled and tersely worded note, the first of many furtively exchanged letters. I found it in a tiffin box that contained home cooked food sent for her,” Iltija wrote.

“They have taken an undertaking that I won’t be using social media to communicate. In case someone else does it, he’ll be booked on charges of impersonation. Love you and miss you a lot.” Mehbooba Mufti wrote to her.

Iltija said the dilemma of dispatching a reply arose after she got the note from her mother. She said her grandmother found an ingenious solution.

“The letter I wrote was folded into a tiny square and carefully sealed, rolled and locked inside the middle of a chappati” she said.

Iltija said she doesn’t regret a word of what she said or did in these past six months. “But certainly owe a debt of gratitude to people who gave me strength and guidance during this turbulent period. As a child, I have memories of my mother going from pillar to post to free boys wrongfully detained by security forces. Today I fight for her freedom… life has come a full circle. We live to fight another day.”

Iltija Mufti has been very critical of the government after the arrest of her mother. She has given many interviews questioning New Delhi’s decisions about revocation of Article 370.