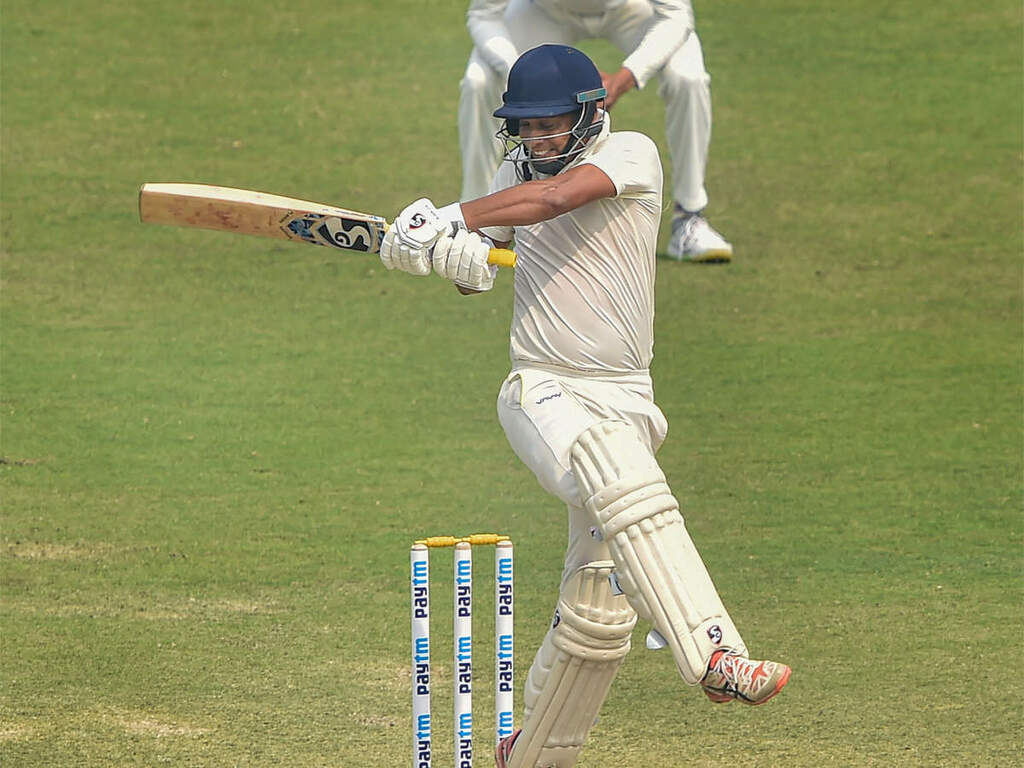 Rajkot: Bengal ended Day 3 of their Ranji Trophy final against Saurashtra on 134/4, trailing their opponents by 291 runs.

Saurashtra, who resumed the third day’s play on the overnight score of 384/8, lost an early wicket on Wednesday as Bengal pacer Akash Deep dismissed Chirag Jani with a ball that kept low.

However, Dharmendrasinh Jadeja, who scored an unbeaten 33, and skipper Jaydev Unadkat, who scored 20, added 38 runs for the last wicket as Saurashtra, batting first, posted 425 runs on the board in the final of the Ranji Trophy 2019-20.

While debutant Sudip Kumar Gharami made an impressive start, the Jadejas – Dharmendrasinh and Vishvarajsinh – joined forces, with the latter taking a good low catch at the forward short-leg, to give Saurashtra their first breakthrough.

Prerak Mankad then trapped Abhimanyu Easwaran before the stumps as Saurashtra picked up two Bengal wickets before lunch.

Saurashtra kept things tight as the second session commenced and almost got rewarded after Manoj Tiwary, batting on 18, dragged a Chirag Jani delivery onto the stumps. However, the Bengal batsman got a reprieve as the replays showed that Jani had overstepped.

Having lost two wickets in the first session, Bengal needed a partnership and Tiwary and Sudip Chatterjee provided them with one as they put up an unbeaten 59-run stand to take Bengal to 94/2 at tea.

The two added 30 runs more to their partnership in the third session before Jani got Tiway out LBW for 35 and broke the 89-run stand. The right-hander batted for 174 minutes.

Wriddhiman Saha then joined Chatterjee in the middle and the two batted for over 12 overs to take Bengal to 134/3 at stumps. While Chatterjee was unbeaten on 47 off 145 balls, Saha was batting on 4.