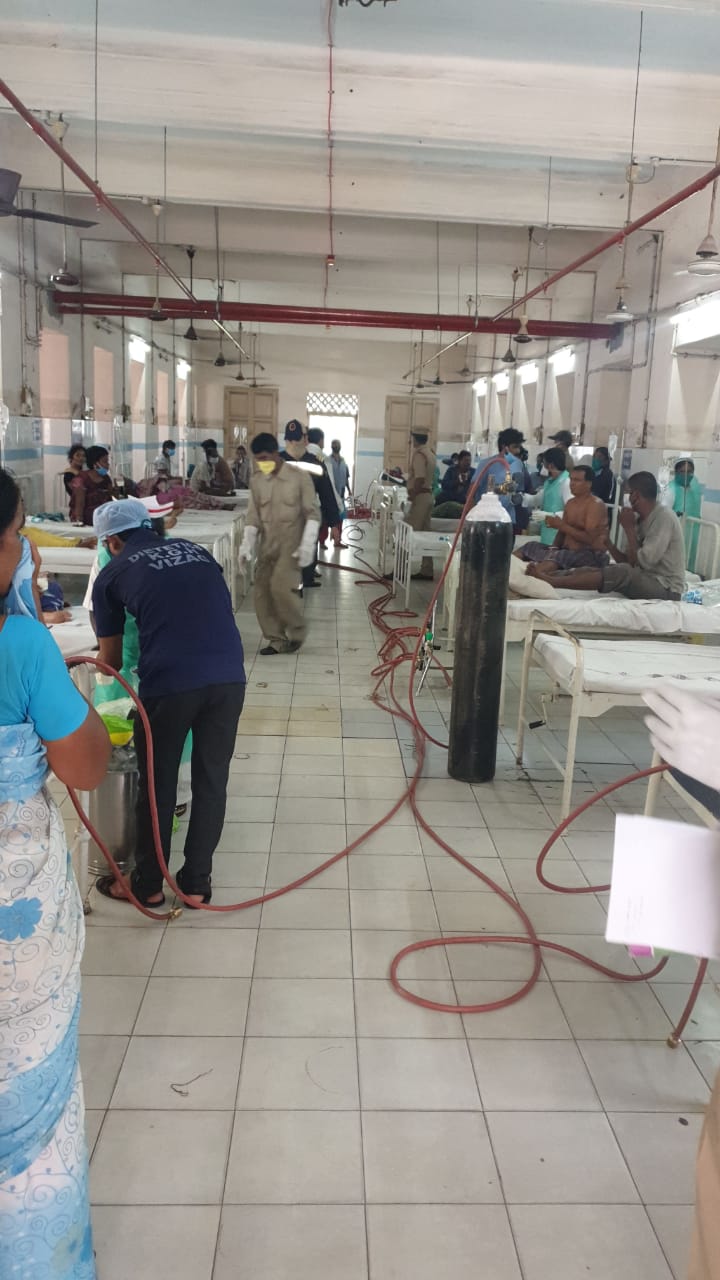 New Delhi: Indian Navy teams with about 50 breathing sets and associated portable air compressor rushed to help villagers affected by the gas leak near the LG Polymers Industry in Vizag during the wee hours of Thursday.

The Indian Navy has provided five Portable Multifeed Oxygen Manifolds sets to the King George Hospital in Visakhapatnam in Andhra Pradesh to help the medical administration in tendering the villagers affected due to gas leak.

The force said, “Naval teams with breathing sets and two ambulances are assisting the State Disaster Response team at the villages affected by gas leak near LG Polymers”.

“Technical Teams from the Naval Dockyard Visakhapatnam (NDV) are at the King George Hospital to assist in quick installation to provide Oxygen to a large number of patients affected by gas leak from the LG Polymers Visakhapatnam this morning,” said a top Indian Navy officer.

The Portable Multifeed Oxygen Manifold system was designed by the Naval Dockyard Visakhapatnam to enable one jumbo size Oxygen Bottle to supply Oxygen to six patients concurrently for COVID-19 Pandemic.

Twenty-five such sets were provided to the district administration for use in treating COVID-19 patients earlier.

Tragedy struck Andhra Pradesh early on Thursday as gas leaked from a chemical unit in the city, caused several deaths and left many unconscious in at least five sleeping hamlets.

In scenes reminiscent of the Bhopal gas tragedy of 1984, the streets and hospitals of Visakhapatnam were filled with people in panic, scared to breathe and unable to fathom the silent tragedy that struck them.

According to the Greater Visakhapatnam Municipal Corporation officials, the tragedy took place when the chemical unit, closed due to the lockdown, was being restarted on Thursday morning. The gas stored in tanks began leaking and spread in a radius of three km. Officials have zeroed in on two gases, styrene and pentine, as the likely cause for the accident.

Prime Minister Narendra Modi and Home Minister Amit Shah were keeping abreast of all the details. Modi held a meeting with the NDMA officials.

Andhra Pradesh Chief Minister Y.S. Jagan Mohan Reddy enquired about the gas leak incident in Visakhapatnam and directed the district officials to take every possible step to save lives and bring the situation under control. (IANS)