Vizag gas leak: Effects of Styrene depend on degree of exposure 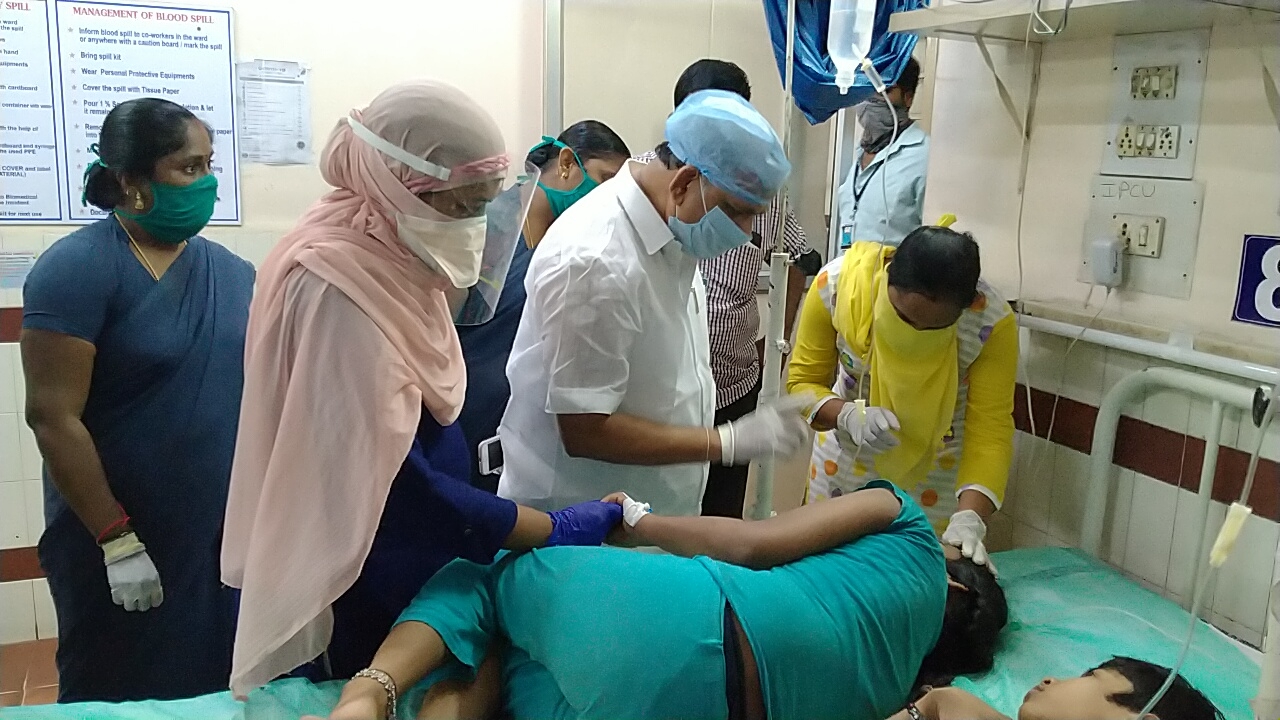 Visakhapatnam: The leakage of Styrene from LG Polymers’ plant here in the wee hours of Thursday claimed nine lives and affected many others.

The tragedy brought focus on the nature of the gas and its effects.

Used in the manufacturing of polystyrene plastics, fiberglass, rubber, and latex, Styrene is a flammable liquid.

Preliminary investigations by Andhra Pradesh officials said failure of refrigeration led to gasification and it spread in the villages around the plant.

Long-term exposure could drastically affect the central nervous system and lead to other related problems like peripheral neuropathy. It could also lead to cancer and depression in some cases.

The symptoms, depending on the degree of exposure, include headache, hearing loss, fatigue, weakness and difficulty in concentrating.

“This gas is not poisonous and hence there is nothing to worry to that extent. If inhaled in large amounts it may be fatal. Gas by itself gives you irritation and causes irritation in mucus membrane,” said Director General of Police Gautam Sawang.

He said water acts as an antidote to styrene and those with exposure should douse themselves with water and drink a lot of water.

The police chief said as per their primary information, styrene is stored in a tank and a level is maintained to ensure that it does not evaporate.

“There was a neutralizer there but for some reasons it did not act. We will know the reason in the investigations,” the DGP said. (IANS)