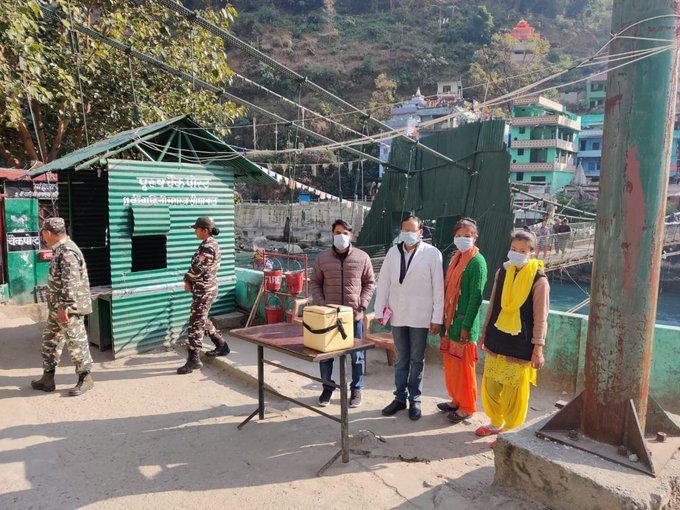 Kathmandu: COVID-19 cases in Nepal crossed 200 mark after the Ministry of Health and Population has reported 83 new cases, in the largest single day spike in cases.

The Himalayan country reported 57 cases in the afternoon and additional 26 cases at night on Tuesday, increasing the total count of the COVID-19 to 217, Xinhua news agency reported.

With the rising number of cases in recent days, the COVID-19 cases in Nepal more than doubled in less than a week, according to the statistics of the Ministry of Health and Population.

According to the ministry, among the new cases, 57 persons reside in southern Parsa district, nine live in south-western Rupandehi district and eight in the neighbouring Kapilvastu district.

“Most of persons who are newly infected with novel coronavirus are those who were in quarantine after visiting India. Some are infected due to frequent movement within the country,” Sameer Kumar Adhikari, joint spokesperson at the Ministry of Health and Population told Xinhua on Wednesday morning.

According to the ministry, a health worker stationed at Taulihawa hospital in Kapilvastu has contracted with the novel coronavirus, which is the first case of a health worker being infected.

As the number of cases is rising sharply in recent days, Nepal’s Ministry of Home Affairs on Tuesday announced more stringent measures to discourage movement of people from one district to another by making it harder for people to get vehicle passes.

The Himalayan country has been enforcing a nationwide lockdown since March 24, suspending ground and air travels, closing borders for cross border movement of people, sitting down most businesses and industries, except essential ones. (IANS)