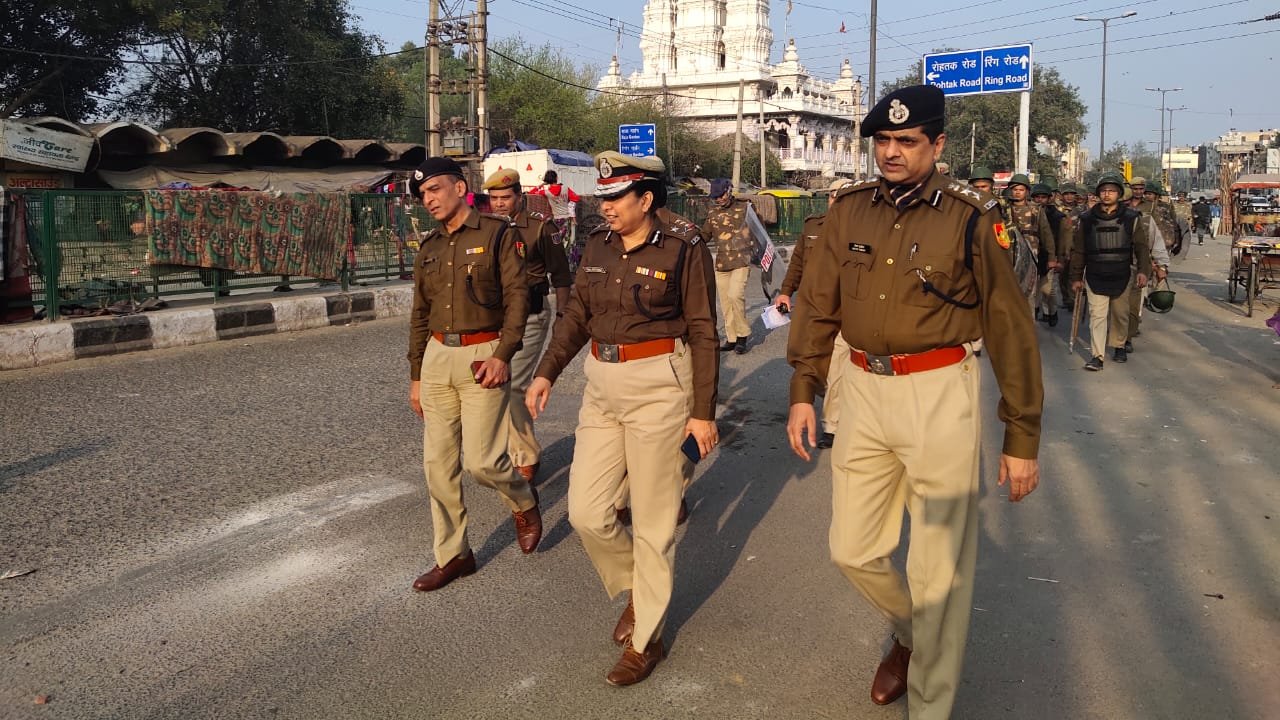 New Delhi: Delhis Joint Commissioner of Police Shalini Singh says that maintaining law and order during the lockdown is not a problem, per se. However, she said, she wanted to ensure that no one remaining indoors in areas under her jurisdiction remained without essential items.

She is leading the police force from the front, putting in, on an average, 16 to 18 hours of duty everyday.

Shalini Singh is the first woman officer to head a Delhi Police range in the past over four decades, ever since the national capital adopted the commissionerate system on July 1, 1978.

In an interview to IANS, she talked about her daily routine. The IPS officer of AGMUT cadre (1996-batch) said that she ensured that she was through her daily diary reports between six and nine a.m. in the morning.

“I try to ensure that by 10.30 a.m. I am among my staff and the public so that no one feels left out in this crisis. Being the Joint CP of three police districts, I am responsible for the working of officials ranging from DCPs to constables and then taking care of problems faced by the public. I perform duty for 16-18 hours daily before I return home late in the night.”

“I have only to be careful with my 85-year-old mother-in-law. But since I am on duty, my husband and daughters take good care of her. I take all precautions when I return from duty, so as to save my family from coronavirus.”

The IPS officer said that she alerts her family before she returns from office every night. So, as she arrives at her home, the doors are already opened for her so that she does not have to touch anything in the house. She straightaway heads for the bathroom to take a bath and wash her own uniform. After partaking of food placed in her room, she isolates herself and goes to sleep.

Shalini Singh said that though she may not be doing any vigorous work during her duty hours, but her mere presence on the field must be a morale-booster for the constabulary during these difficult times.

Asked what all changes the coronavirus scare had brought about in her life as an IPS officer, she said that she had visited all police stations, police posts and different areas under her jurisdiction to supervise various works. In Najafgarh, an area known for criminal activities, the biggest community kitchen in the three police districts had been set up by both men and women police personnel to ensure fresh food to the poor and needy amid the lockdown.

“Had this coronavirus crisis not come, I would never have been able to learn so much in my career, not even afterwards,” the IPS officer remarked.

She said that the crisis had changed her philosophy of life. “Coronavirus has bridged the gap between the rich and the poor. It has changed our outlook. What I could not learn in the last 24 years of police service, I have learnt in the last 50 days or so.”

She pointed out that tackling the liquor mafia in Outer, Western and Dwarka police districts during the nationwide lockdown was a big challenge and Delhi Police had been able to control it. “The liquor mafia had been coming up with novel ways to smuggle liquor. We seized an ambulance in which the mafia was smuggling liquor hidden in a freezer meant to preserve dead bodies.”

Mentioning the names of Dwarka DCP Anto Alphonso, DCP Deepak Purohit of West Delhi, DCP Dr A. Kon of Outer Delhi, and Additional DCPs Subodh and Samir Sharma, the Joint Commissioner of Police said these officers were out in the field performing their duties with dedication. (IANS)