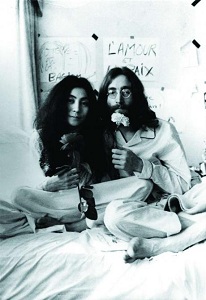 Tokyo: Japan on Friday commemorated the 25th anniversary of the sarin gas attack carried out by the Aum Shinrikyo, or Supreme Truth, cult in the Tokyo subway, the deadliest incident in the country’s modern history.

At Kasumigaseki, one of the hardest hit subway stations, a minute of silence was observed at 8 a.m., the time the attack took place on March 25, 1995 and in which 14 people were killed, dozens were left in a vegetative state and 6,300 were injured, reports Efe news.

A total of 13 people died before the end of 1996 while the 14th victim, Sachiko Asakawa, who was left bedridden with severe brain damage after the attack, died this month at the age of 56, Japanese news agency Kyodo reported Friday.

Stands were set up at six subway stations for those wished to offer flowers such as 73-year-old Shizue Takahashi, who lost her husband, Kazumasa, then deputy head of the Kasumigaseki station, in the attack.

Victims and relatives had held an annual meeting to share their experiences with the younger generations but this year the event – the last of the meetings, scheduled for Saturday morning – was cancelled amid fears of the new coronavirus, which has claimed the lives of over 10,000 people around the world.

“We will no longer organize (memorial gatherings) and hope to hand over the baton to the government,” Takahashi told Kyodo.

Many survivors continue to suffer from post-traumatic stress and deteriorating health with age and have asked the government to continue to provide them with the necessary support.

Transport Minister Kazuyoshi Akaba also sent a floral offering and promised that the government will do its best “to prevent a similar incident and keep memories” of the attack alive.

The horrific attack was conducted using bags carrying sarin gas that were deposited in the wagons of several lines of the underground transport network during the morning rush hour.

Founded in 1984, Supreme Truth is considered the first organization the world to develop chemical, biological and light weapons and be capable of attacking civilians on a large scale without state support.

In 2018, leader Shoko Asahara and another 12 members of the sect were executed for their role in the attack.