Surfer killed by shark in California 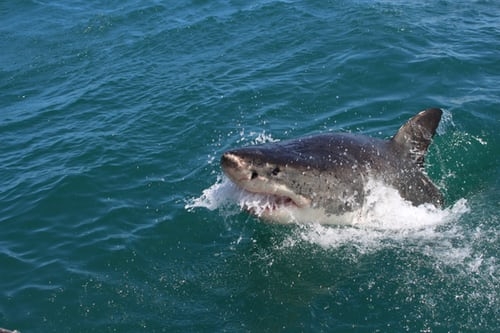 San Francisco: A surfer was killed by a shark in the waters off a northern California beach, officials said.

Officials responded to the shark attack incident at the Manresa State Beach at around 1.30 p.m. on Saturday, reports Xinhua news agency.

The 26-year-old victim was surfing when he was attacked by an unknown shark species, the California State Parks said in a statement.

He was pronounced dead at the scene, it added.

Following State Parks protocol, the area about 1.61 km south and north of the incident location will be closed for five days, said the agency, adding that signs warning beachgoers about the shark attack were now posted on access points and beach entrances.

Documented shark attack incidents have occurred in every single county along the California Pacific Coast since 2000.

The majority of those attacked were surfing, but many were out doing other water-based activity, such as ocean swimming, scuba diving, kayaking, and stand-up paddleboarding. (IANS)