UP govt is doing ‘cheapest’ form of politics: Cong 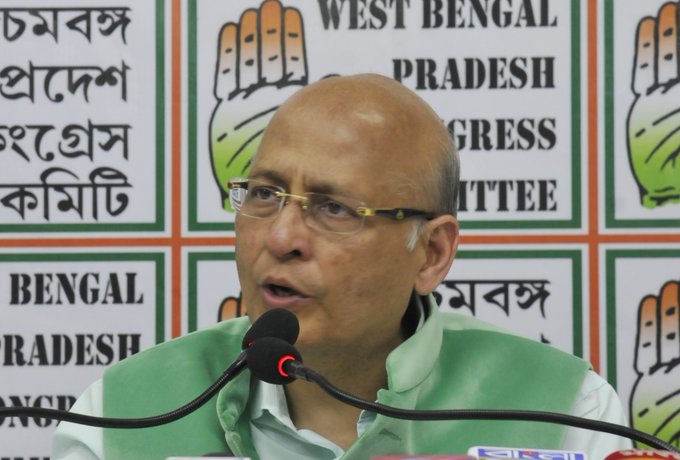 New Delhi: Amid bitter politics on the issue of providing buses to the stranded migrants, the Congress has accused the Uttar Pradesh Chief Minister of doing the “cheapest” form of politics.

The Congress claimed that it has provided buses to ferry migrants, which are stationed at various entry points of Uttar Pradesh but have been denied permission to enter the state so far.

Congress Senior spokesperson Abhishek Manu Singhvi said on Wednesday, “For last six days, especially the last two days and even as we speak, about 500 buses are standing at UP border. How is it that you will not allow to ferry migrants of UP and Bihar. This is cheapest form of politics.”

“It is still not too late and I beseech with folded hands, like Priyanka ji said, if you’re so concerned about politics, please put your name or party banner but at least use the help we are providing,” added Singhvi.

He said, “One is astounded, one cannot understand, if it weren’t tragic for humanity, it would be comic. How is it that an Ajay Bisht government is sitting and doing nothing and not letting anyone else do something and also obstructing any help to migrants.

“Will they stand up and explain to the nation?” Singhvi questioned.

The Congress has said that they will wait till 4 p.m. on Wednesday to chalk out future strategy. It also slammed the Uttar Pradesh government for registration an FIR on the state president Ajay Kumar and aide of Priyanka Gandhi Sandeep Singh.

Amid the ongoing bitter politics over the buses for stranded migrant workers, Congress General Secretary Priyanka Gandhi Vadra on Tuesday said that out of 1,049 buses, 879 have been found fit by the Uttar Pradesh government and the party will provide 200 more buses on Wednesday.

She also urged the state government not to delay the bus services for the stranded migrant workers willing to go back to their homes.

In a series of tweets Priyanka Gandhi said, “Uttar Pradesh government has itself said that of the 1,049 buses offered by us, 879 have been found proper in the verification. At Uncha Nagala border, our 500 buses have been made to wait by the administration for several hours. Similarly, on Delhi border 300 buses are also coming. Please allow 879 buses to ply.” (IANS)