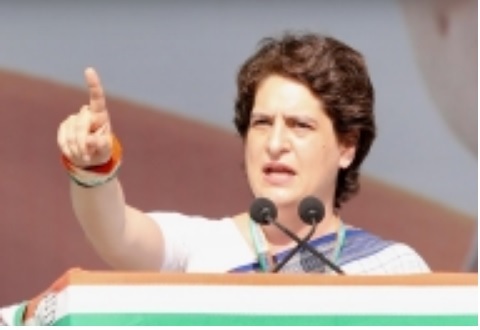 “Unemployment is the biggest problem in the country. Those who want to deflect attention to other issues are the biggest enemy of the country,” Priyanka Gandhi tweeted.

“Today the youth needs employment and there is no place for talented people,” she added.

Her reaction came after a Chennai report said 1,400 people had applied for parking attendants, 70 per cent of whom are graduates and 50 per cent are engineers.

The Congress officially tweeted: “This is the dire situation in only one city because of the devastating unemployment crisis. Imagine the extent across the country.”

Chennai will start an app-based parking system in the 200 parking slots starting from Monday. Claiming to quote the Centre for Monitoring Indian Economy (CMIE) data, Youth Congress said that one in four graduates could not find a job.

The party youth wing has launched a national register for employment. It also wants to create a database for people who are out of jobs.