Challenge is to pick-up from where I left the game, says Shakib 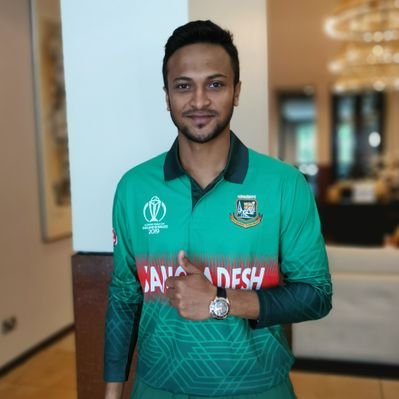 Dhaka: Bangladesh all-rounder Shakib Al Hasan said it will be challenging for him to pick-up the game from where he left off when he finally returns to the field after serving his suspension.

Shakib was banned from all forms of the game for two years, one year of that suspended, in October 2019 for breaching ICC’s Anti-corruption Code.

He can finally return to the game on October 29 this year and according to Shakib, the biggest challenge for him will be to reach the lofty standards he had set for himself before the enforced break.

Shakib was at his absolute best in the 2019 World Cup as he slammed 606 runs in 8 innings and also picked up 11 wickets. He slammed two centuries and five half-centuries during the group stage but failed to power the team into the knockouts.

“No other decision will be taken before that. The biggest challenge is to be able to start again from where I had stopped, that is what I’m expecting from myself.

“Wish I can start from where I ended up. That is the challenge for me, nothing else,” he added.

Shakib was suspended for failing to report corrupt approaches and he said one has to sometimes pay for being ignorant. He also revealed his mental health took a beating during his time way from the game.

“I have realized that there are certain things that you just cannot take lightly due to ignorance and probably that is the biggest lesson I learnt during this time,” Shakib said.

“It is very difficult time for me because at the back of the mind you always think that I am not playing or not being able to play. For me making sure that I am not depressed is extremely important as I am locked down in my house.” (IANS)