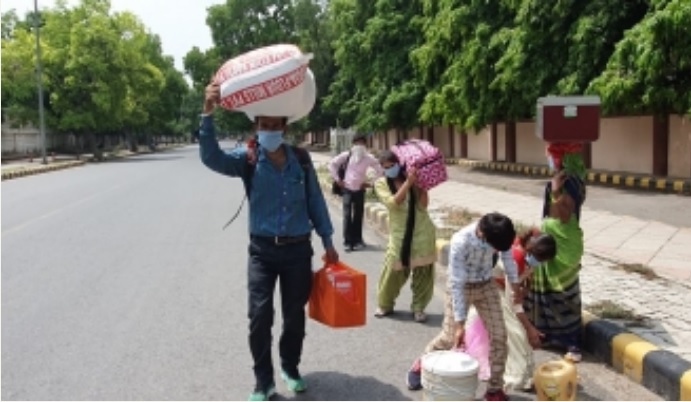 Ranchi: The return of the migrant workers from the highly coronavirus infected states of Maharashtra and Gujarat is pushing up the number of Covid-19 patients in Jharkhand where the tally reached 174 on Wednesday.

According to the health officials, of the recent 50 positive cases 38 are migrant labourers.

The highest numbers during the day were reported from Hazaribagh district where six people, who hail from Barra village of Bishnugarh block and had returned from Maharashtra a couple of days ago, have been confirmed to be infected with coronavirus.

Coronavirus patients have been detected so far in 14 districts out of the 24 districts in Jharkhand.

A total of 1,061 samples were tested out of which 1,053 turned out to be negative while eight were positive. The samples are currently being tested at four places in the state, including MGM Jamshedpur, RIMS Ranchi, PMCH Dhanbad and Itki Arogyashala Ranchi.