Centre failed to chalk a well-defined policy for migrants: Pilot 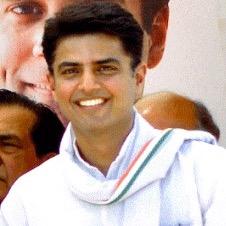 Jaipur: Rajasthan Deputy Chief Minister Sachin Pilot on Friday launched a scathing attack on the central government accusing it of having failed to chalk out a decent policy to relieve migrants’ distress during the COVID-19 pandemic.

“The central government could not chalk a clear policy to help migrants during COVID-19 crisis. There are thousands of these migrants walking hungry on roads and in such situations, Congress General Secretary Priyanka Gandhi showed sensitivity towards them by arranging around 1,000 buses, however, the Uttar Pradesh government created hurdles in the smooth plying of these buses. Our buses were not allowed to enter in the state,” the Congress leader said.

Rajasthan Transport Minister Pratap Singh Khachriyawas also attacked the Yogi government and said that Adityanath had tweeted that he would permit bus entries if Priyanka Gandhi sends buses. “However, later 1,032 buses were stopped at the border”.

Khachriyawas maintained that the buses sent were not Rajasthan State Transport buses, the Congress workers had hired these buses from different districts of the state including Karauli, Alwar and other districts.

Accusing the Yogi government of playing politics on migrants’ buses, he said that Rajasthan government is committed towards sending the migrants free of cost to their native places. “We are also trying to send our buses to Uttarakhand with migrants since last five days, however, the government there is not allowing buses to enter in the state as well,” he alleged.

Pilot and Khachriyawas were addressing the media along with veteran Congress members Juber Khan and Dheeraj Gurjar.
(IANS)